Special release stamp set from The Stamps of Life

The new stamp set 'sampler2love' released by The Stamps of Life at the beginning of the month was just lovely - not to mention the fabulous matching dies, and NOW there is a new stamp set being released today which co-ordinates beautifully with both!
'alpha4banners' - gives you all the letters, in both upper and lower case, which fit perfectly in the smallest die... so pretty!
Here are some cards I made with the new set.

My first card uses Stephanie Barnard's new Fancy Frame Flip-its die for the card base (such a lovely classic shape), and I used the accompanying Fancy Labels 6 Framelits to cut a window. I then glued some twine on, and stuck the letter banners on individually, along with some paper flowers, and glittery swirls from Tim Holtz's Festive Greenery die. 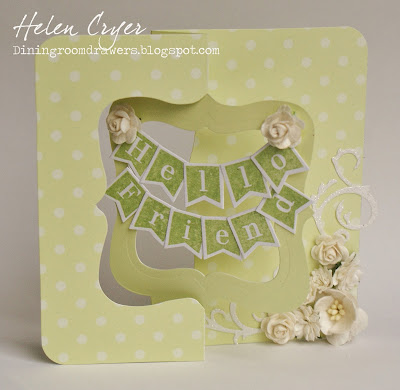 For the second card I stamped directly onto the card, and afterwards glued on the twine, and added brads, and cloud dies from Papertrey Ink. 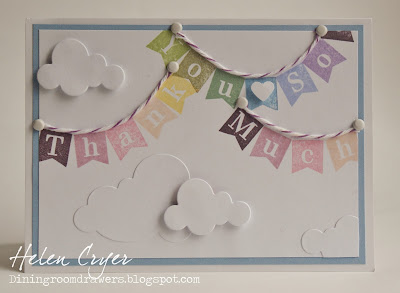 My third card again uses the Fancy Frame Flip-its, with some of the new die cut letter banners added on foam pads. The 'Birthday' is from the Stamps of Life's brackets2cut set. 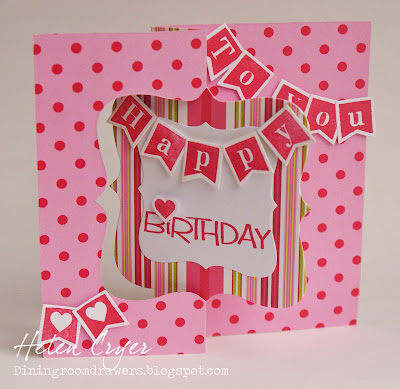 Inside I used stamps and a die from the tv2stamp sets, and added a couple of banner die cuts, to make the sentiment into a rosette. 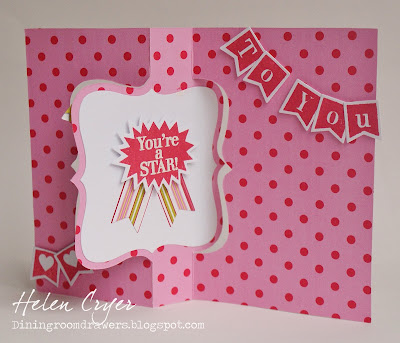