Just sharing a card today that I made using Karen Burniston's Charm Accordion die set, along with the gorgeous Baby Charms die set. 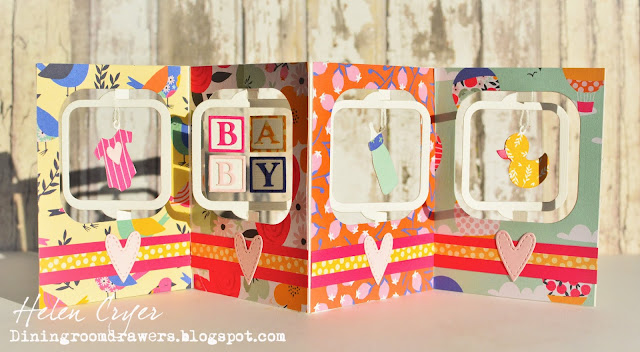 I love the little hanging charms, which I used with a bit of twine, and for the BABY blocks, I glued some clear acetate sheet to the back of the opening, to which I glued the blocks.
The patterned papers are all from My Mind's Eye 'Well Hello' 6x6 pad. 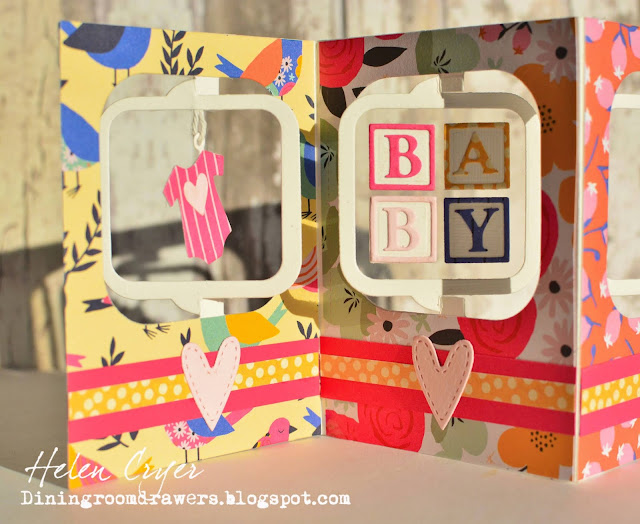 I used a stitched heart die from the Heart Pivot Panels set, to decorate each panel. 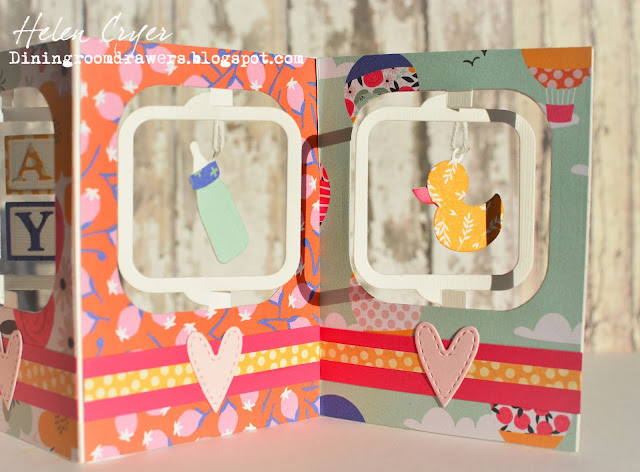 Here's a card I made using Karen Burniston's Circle Tag Book Pop-up die set, along with the Garden Charms set. 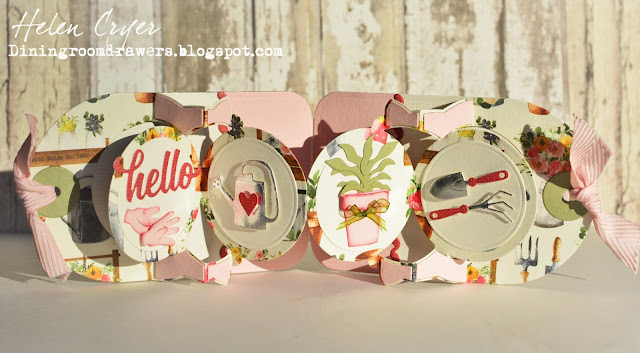 I used the 'hello' die from the Word Set 6 - Summer set on the first little panel. 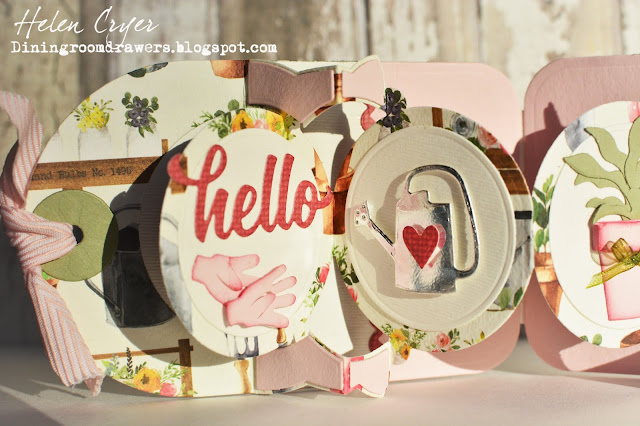 I inked the edges of some of the die cut pieces from the Garden Charms set, and layered up others. 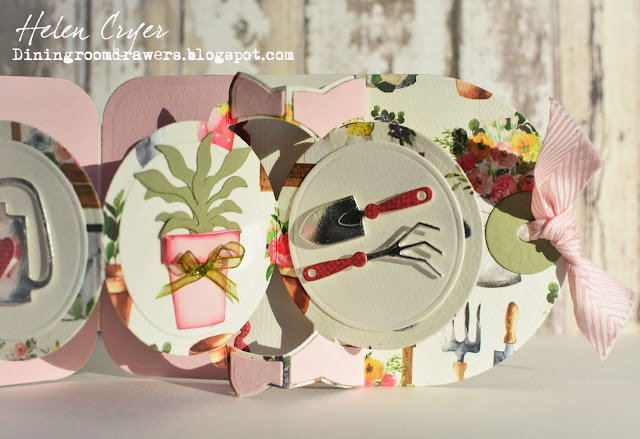 On the card front I used Ovals - Crosshatch dies. All of the patterned papers are from Carta Bella's Spring Market 12x12 Collection. 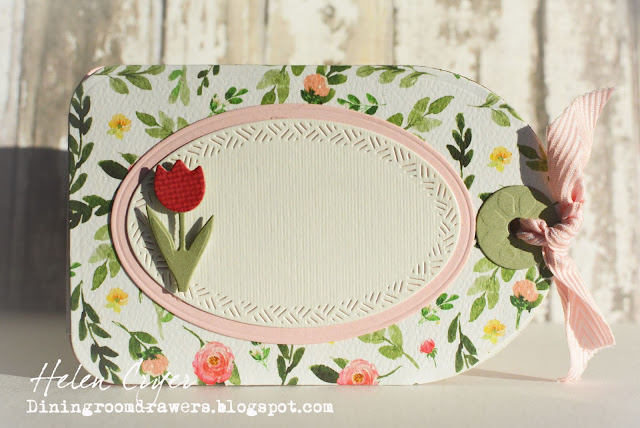 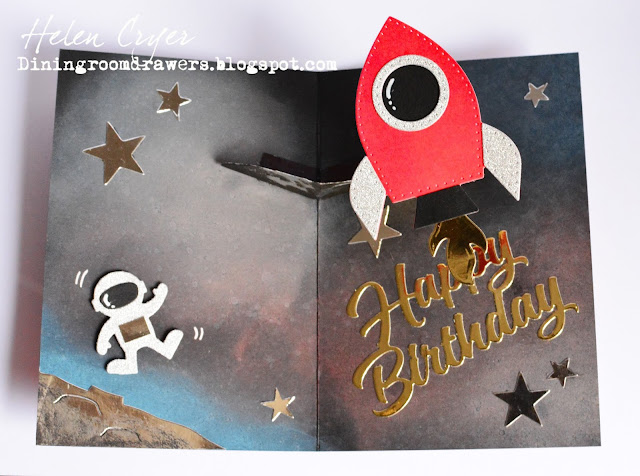 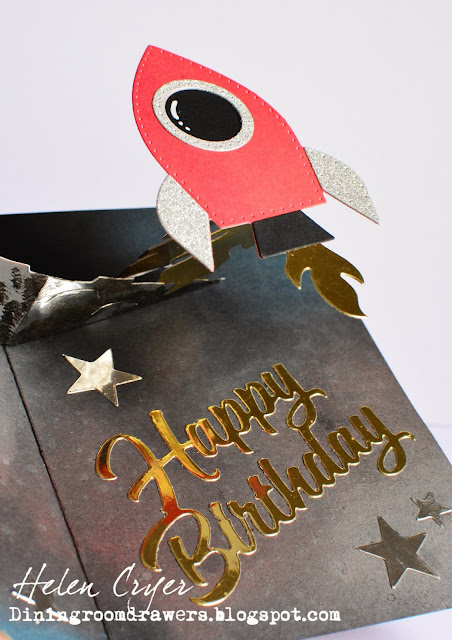 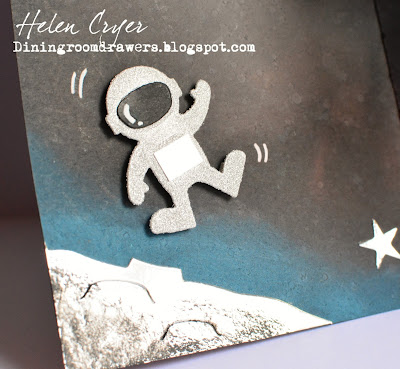 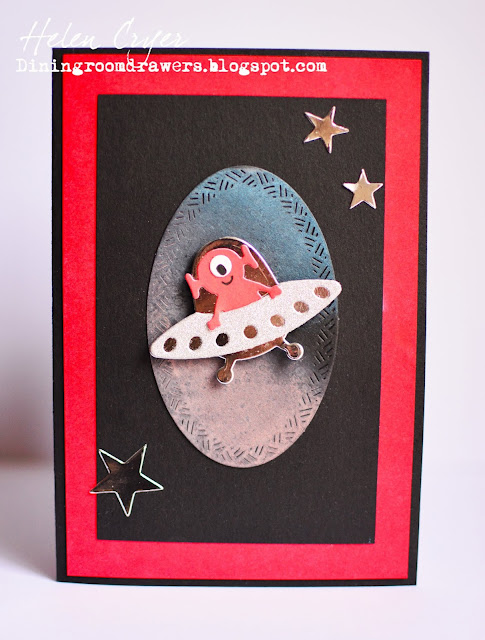 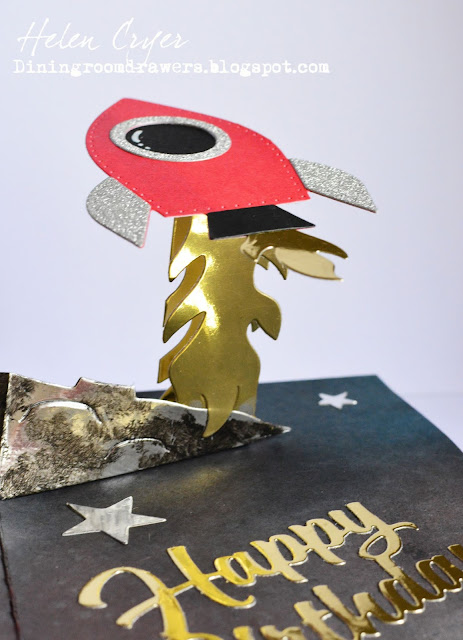