Just wanted to share a card with you, using another of Karen Burniston's soon-to-be-released character dies - Chilly the Penguin. I used the Garden Bench Pop up die, and just glued two of the penguins to the arms of the bench.
I also used various other Pop it Ups dies: Agatha Edges, Katie Label, Heart from the Heart Pivot Card set, Bow from the soon-to-be-released Props 1 die set and snowflakes from the All Seasons Tree die set. 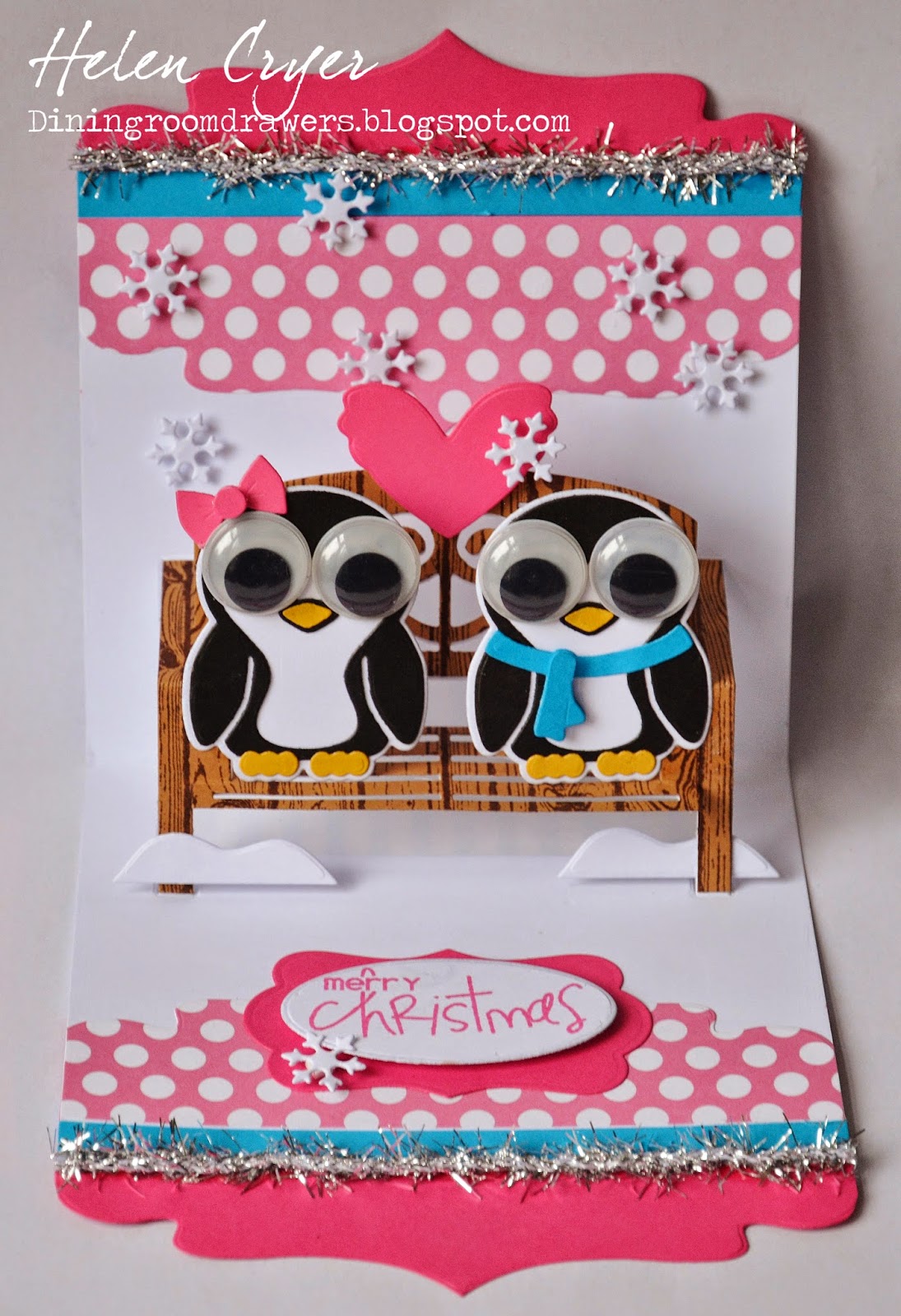 The scarf die comes in the Chilly the Penguin set, and I just cut two of them out, and raised up one part on little foam pad squares. I decided to glue on some massive googly eyes! 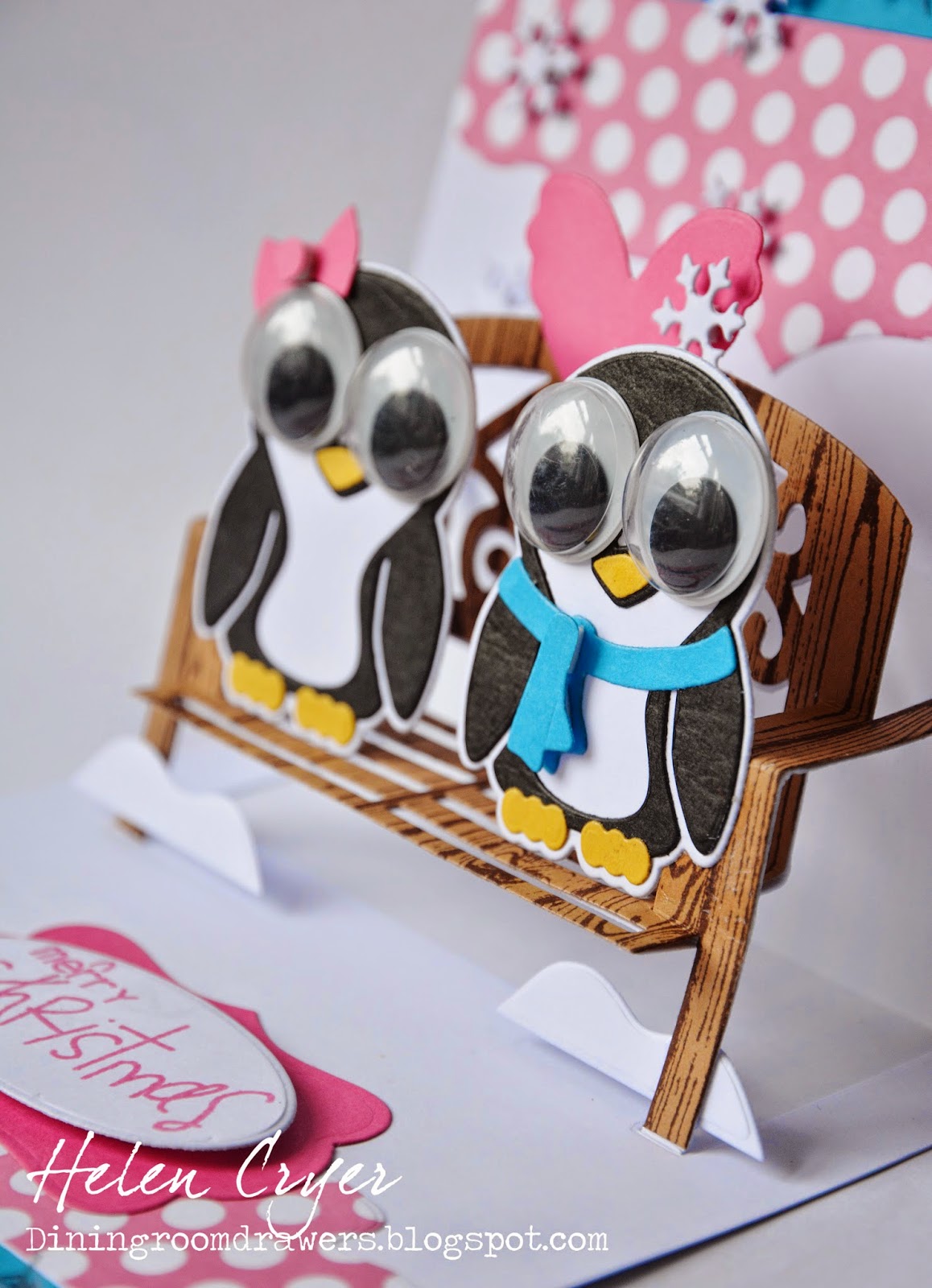