A Christmas card in June!!! Well when you have all of the new soon-to-be-released dies from Karen Burniston and Elizabeth Craft Designs, it's hard to resist! You'll love them!

For this card, I used Karen's new Evergreen Pivot Card die set, which creates the cut in the card, but also comes with loads of extra dies, including the three tree layers. I also used one of the dies from Karen's new Outdoor Edges die set, to cut the little evergreen trees.
The snowflakes come from Karen's Spiral Circle Pull Card die set.
Elizabeth Craft Designs also have a tonne of wonderful new Christmas dies being released, and I used the Merry Christmas die, the large Holly Leaf die (on the card front), and some foliage, poinsettia and smaller holly leaves from the new Candle die set.

I used Pink Paislee's Buttered Rum paper, and added some white Candi Paper Dots, which I glued some clear sequins to. 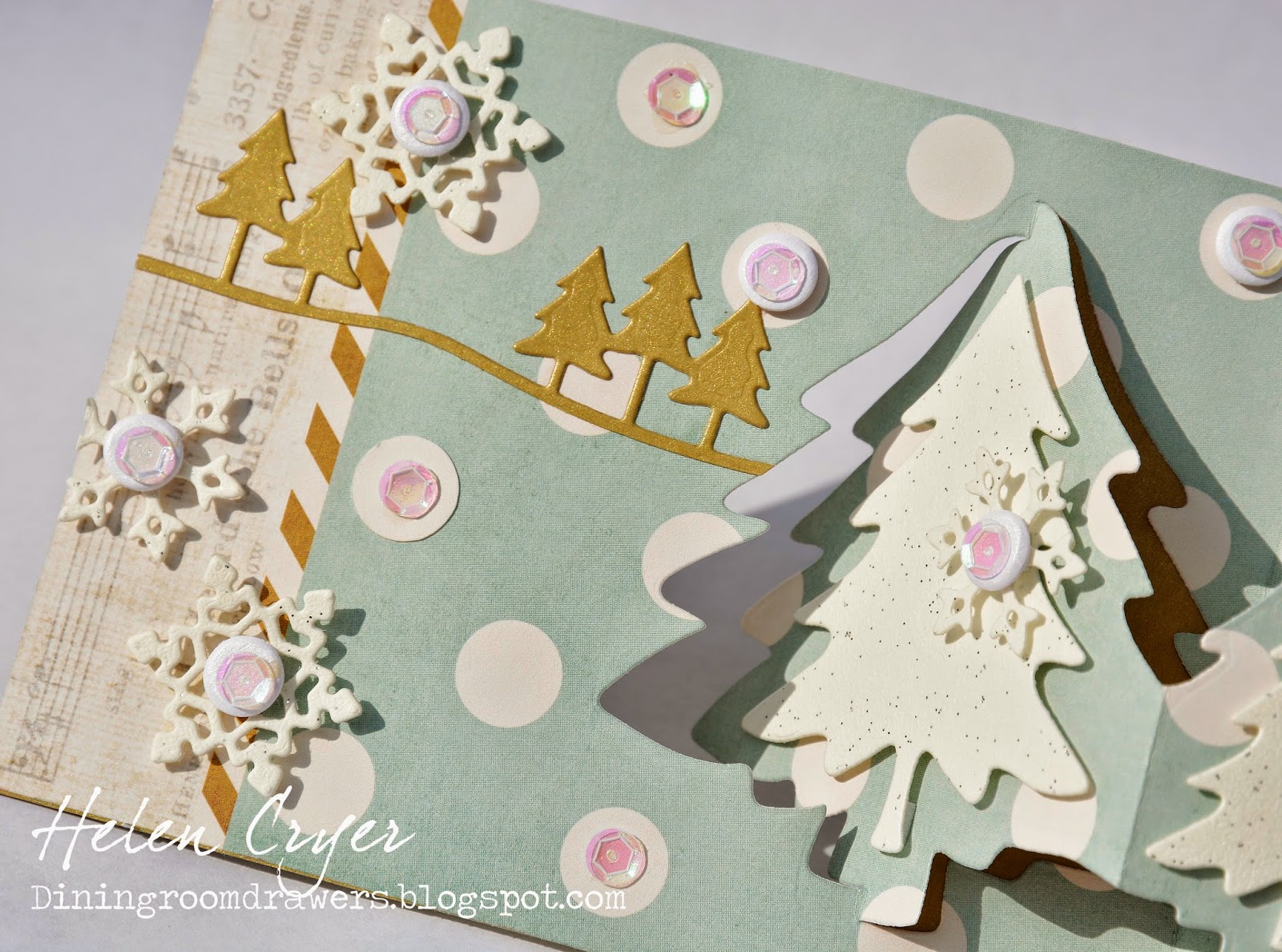 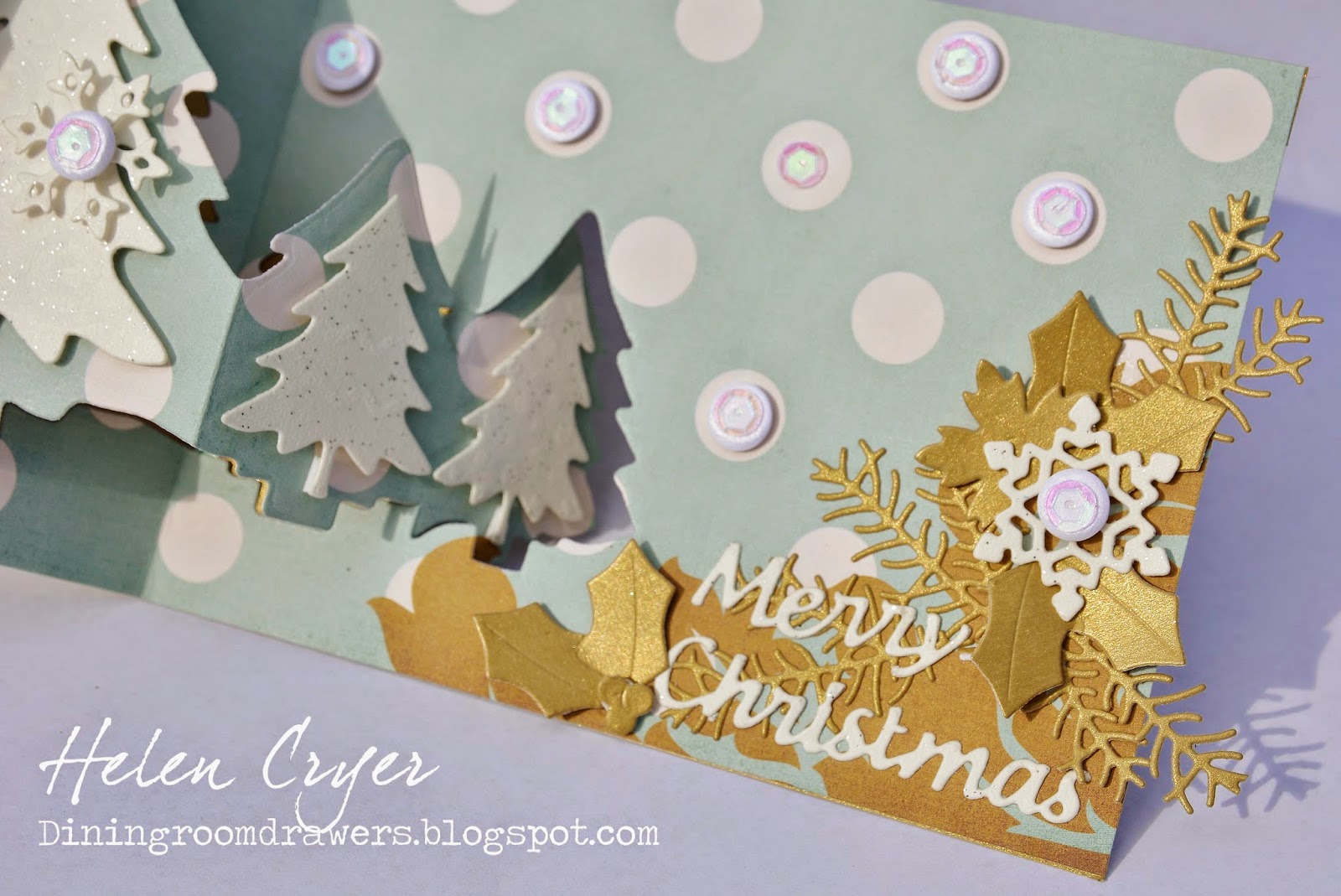 On the card front, I made a gold cardstock frame round the edges, to give some strength to the double-sided patterned paper I used for the card. 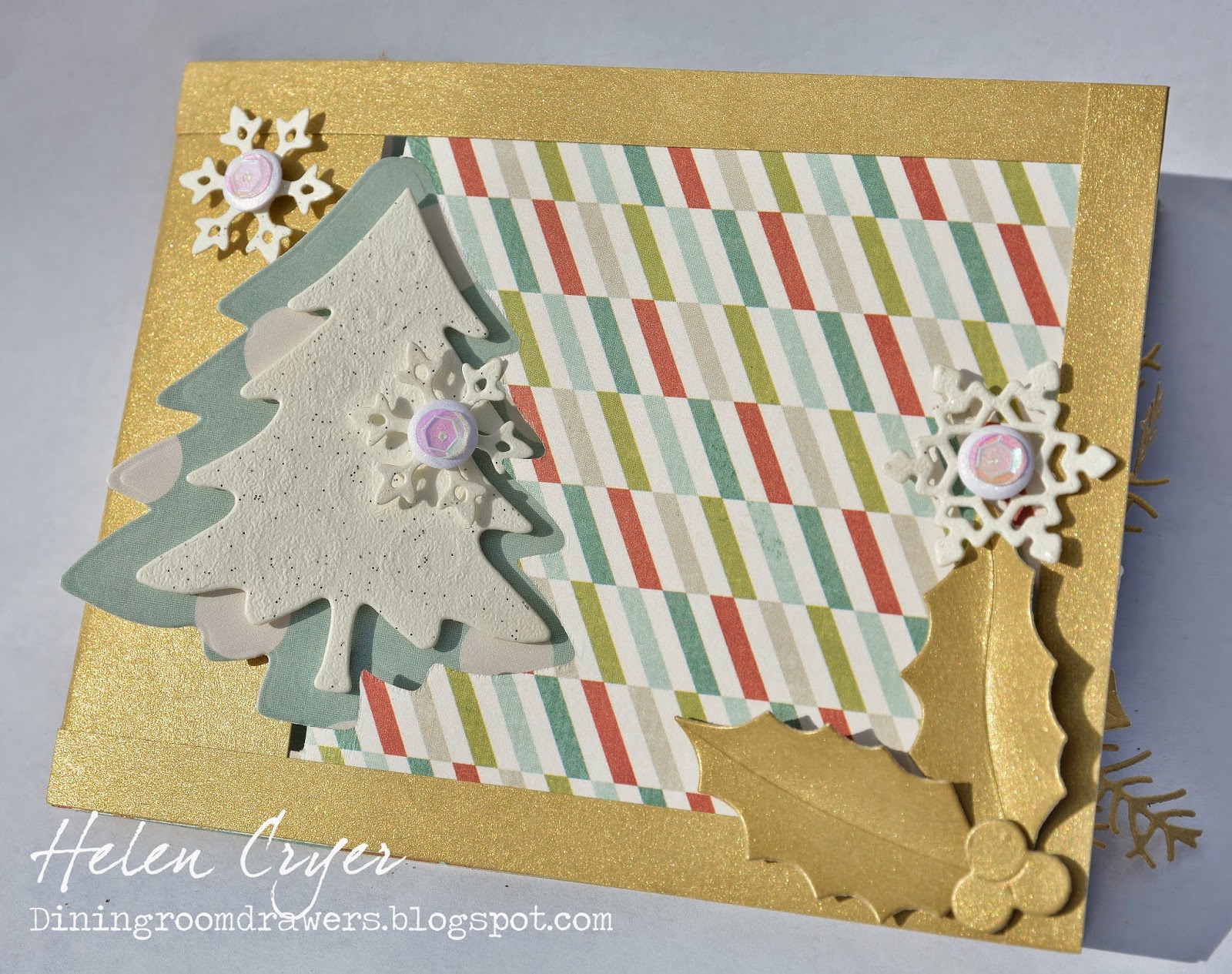 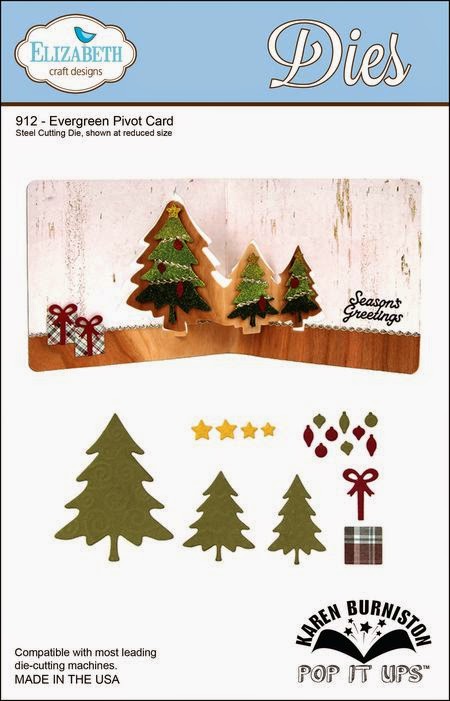 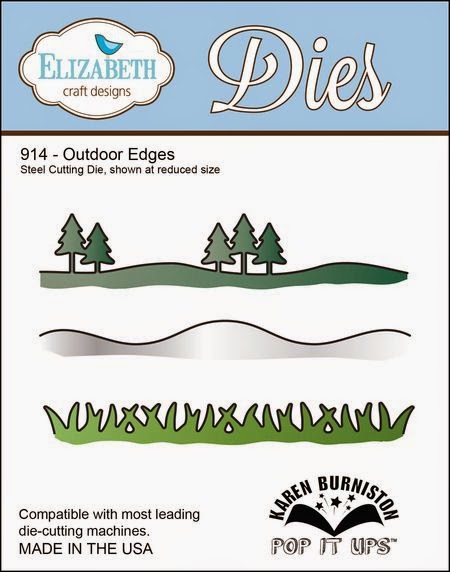