I made this New Baby Boy card, for Karen Burniston's monthly Designer Challenge of 'Mamas and Babies' on the Elizabeth Craft Design's Blog in a couple of days. I wanted to use less traditional baby colours, and here's what I came up with, using the Pop It Ups 'Lots of Pops' die. 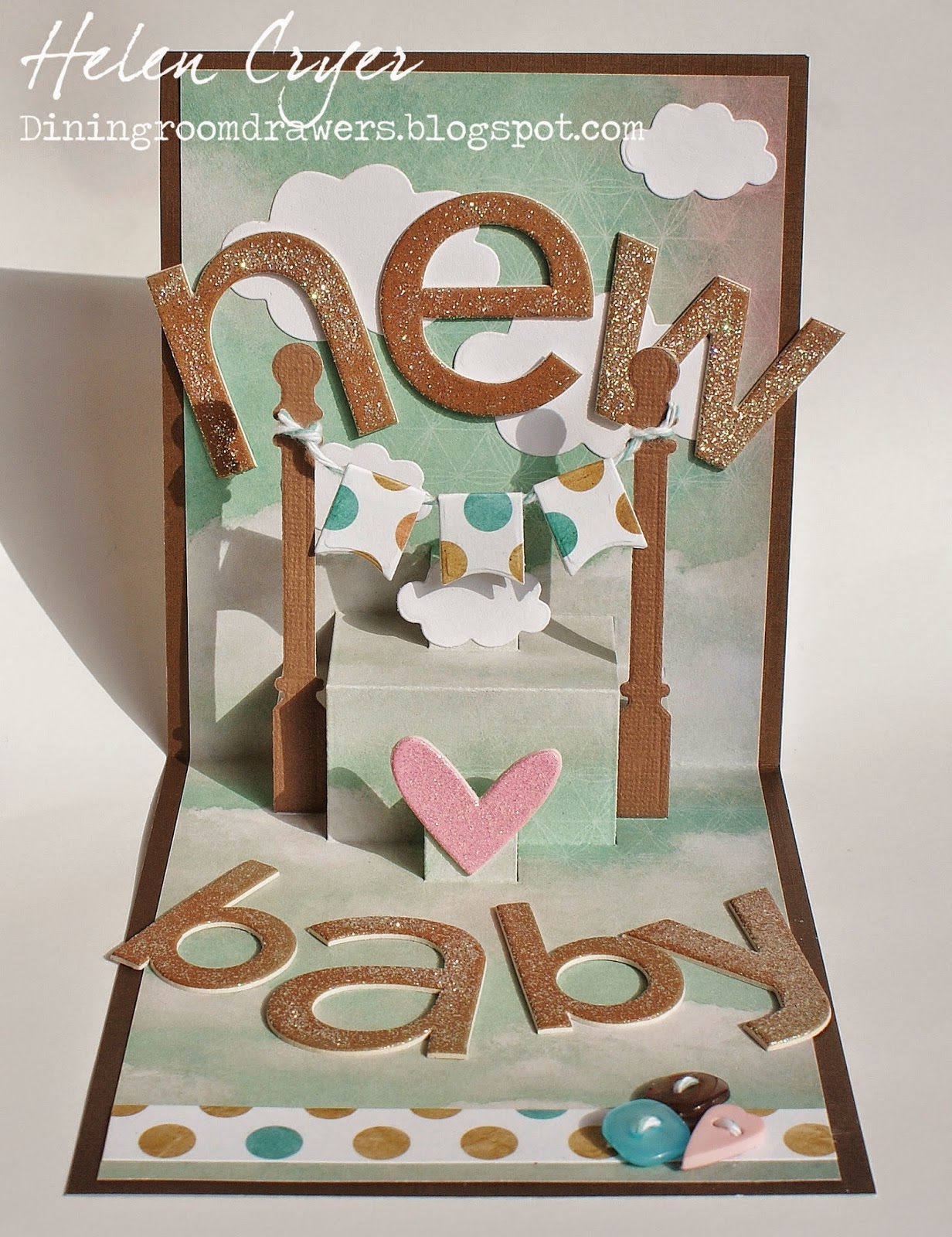 It's a fairly simple card, with a brown textured card stock backing piece, some cloud patterned paper from Crate Paper's Maggie Holmes 12x12 pad with the Lots of Pops die cut in it, 2 lots of poles (also from the Lots of Pops set - I doubled them up for extra strength), and some little clouds, bunting flags, and glitter chipboard self-adhesive letters (these are ancient - I think from Doodlebug.) 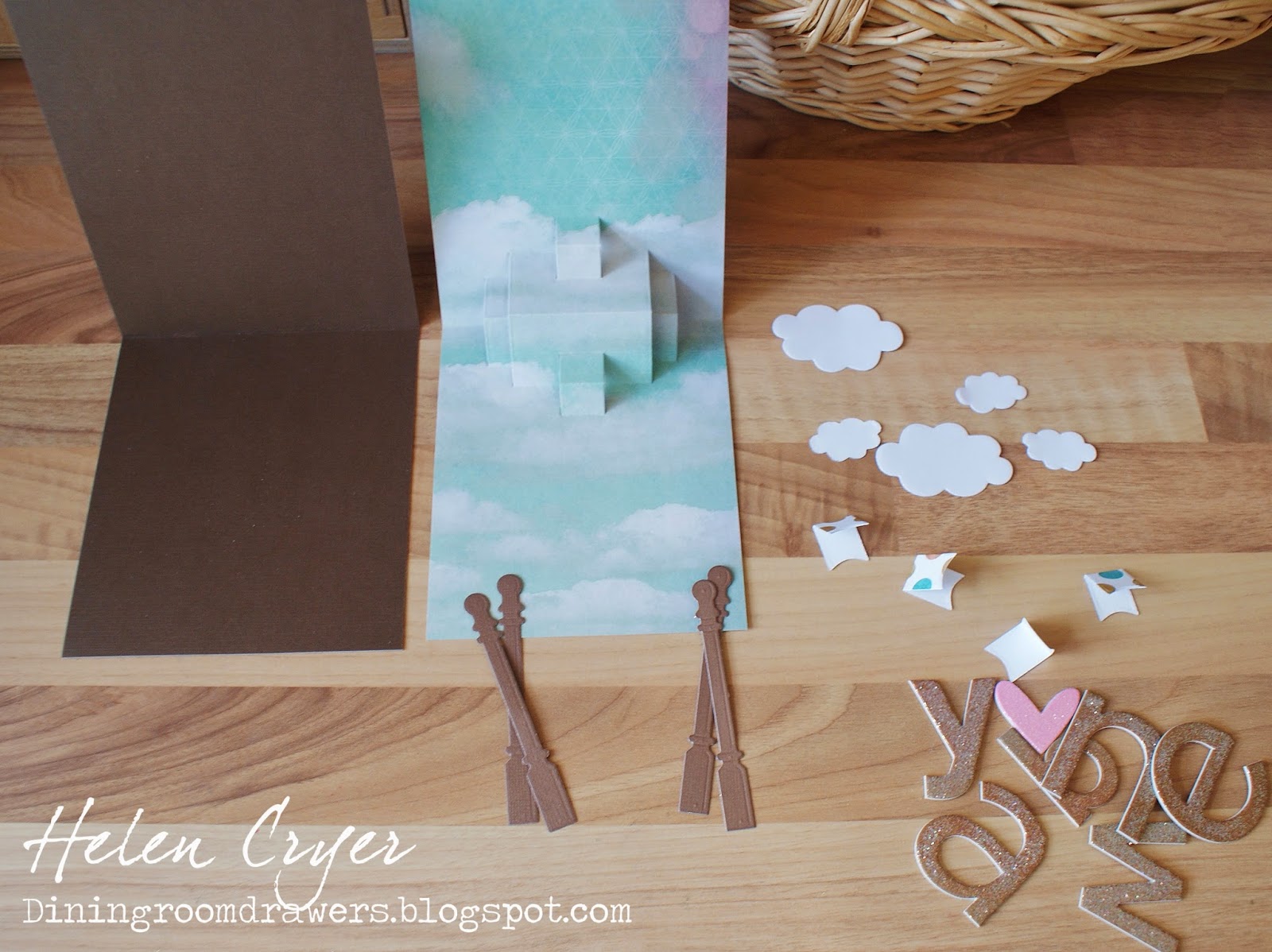 I stuck everything together, then added some twine to the poles, and put the flags on. (The flag die also comes in the Lots of Pops die set.) 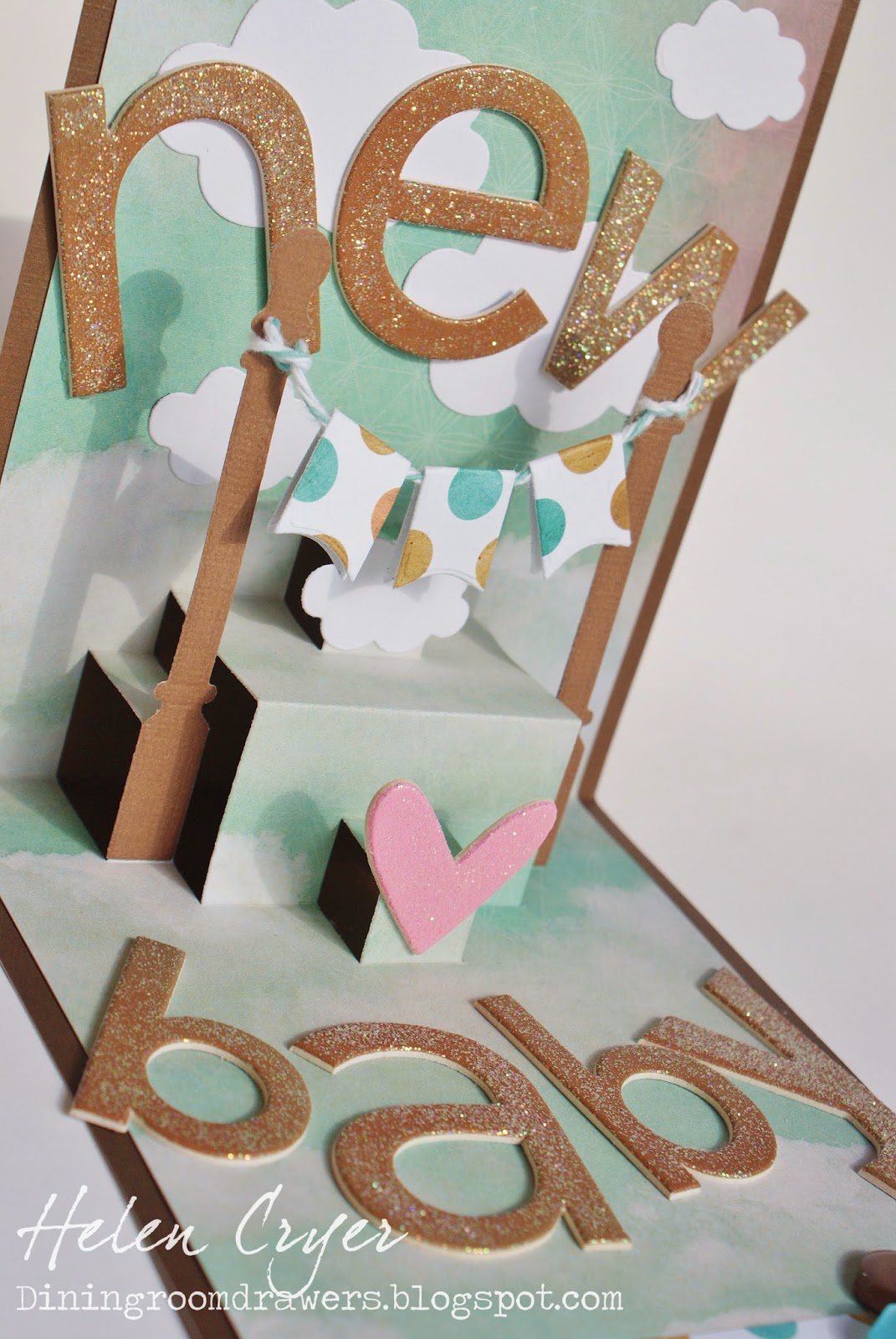 The outside of the card is pretty simple too, with some patterned paper from Prima's All About Me 6x6 pad, another flag pole, and a hand-cut flag where I'll write a little message. 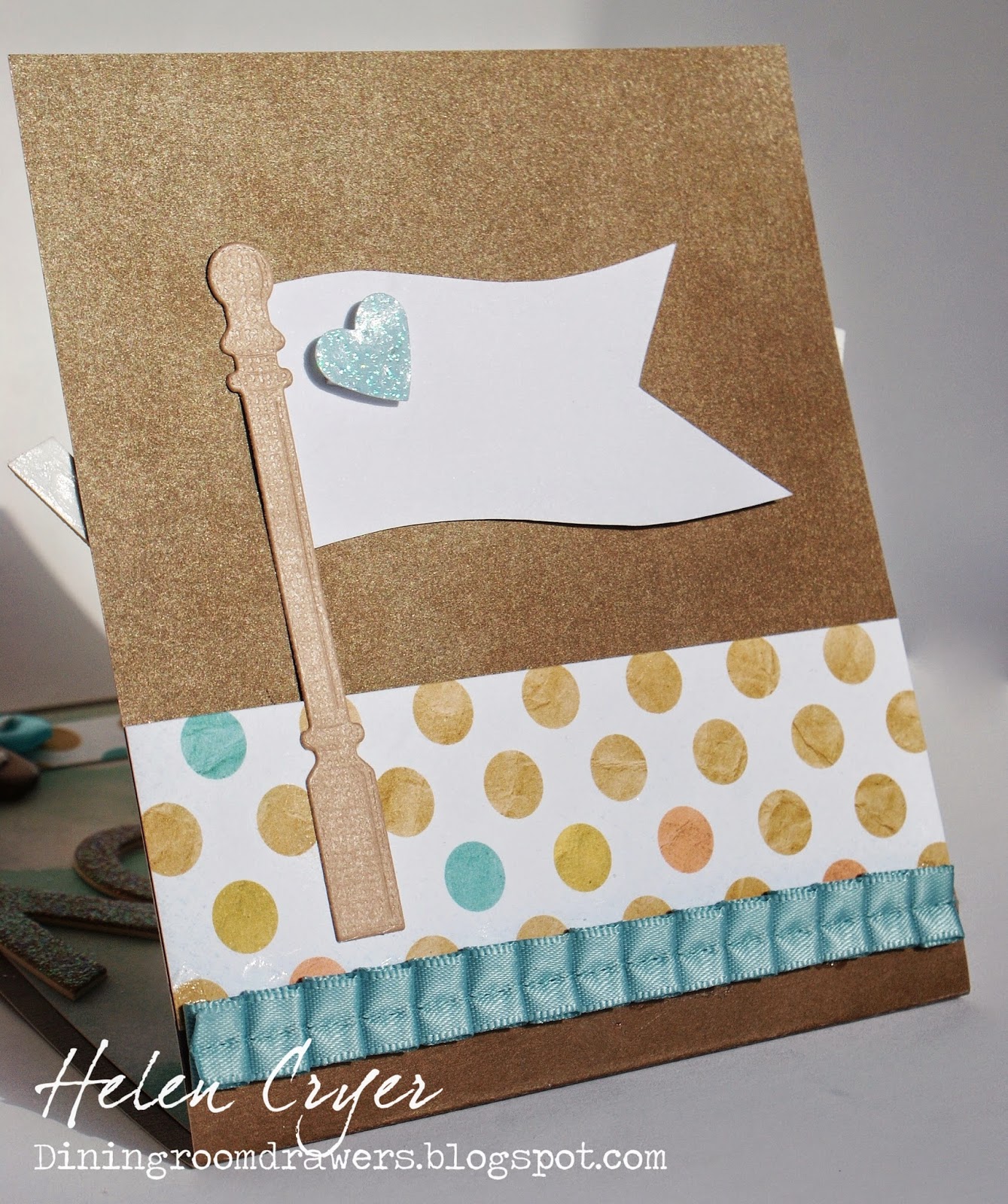 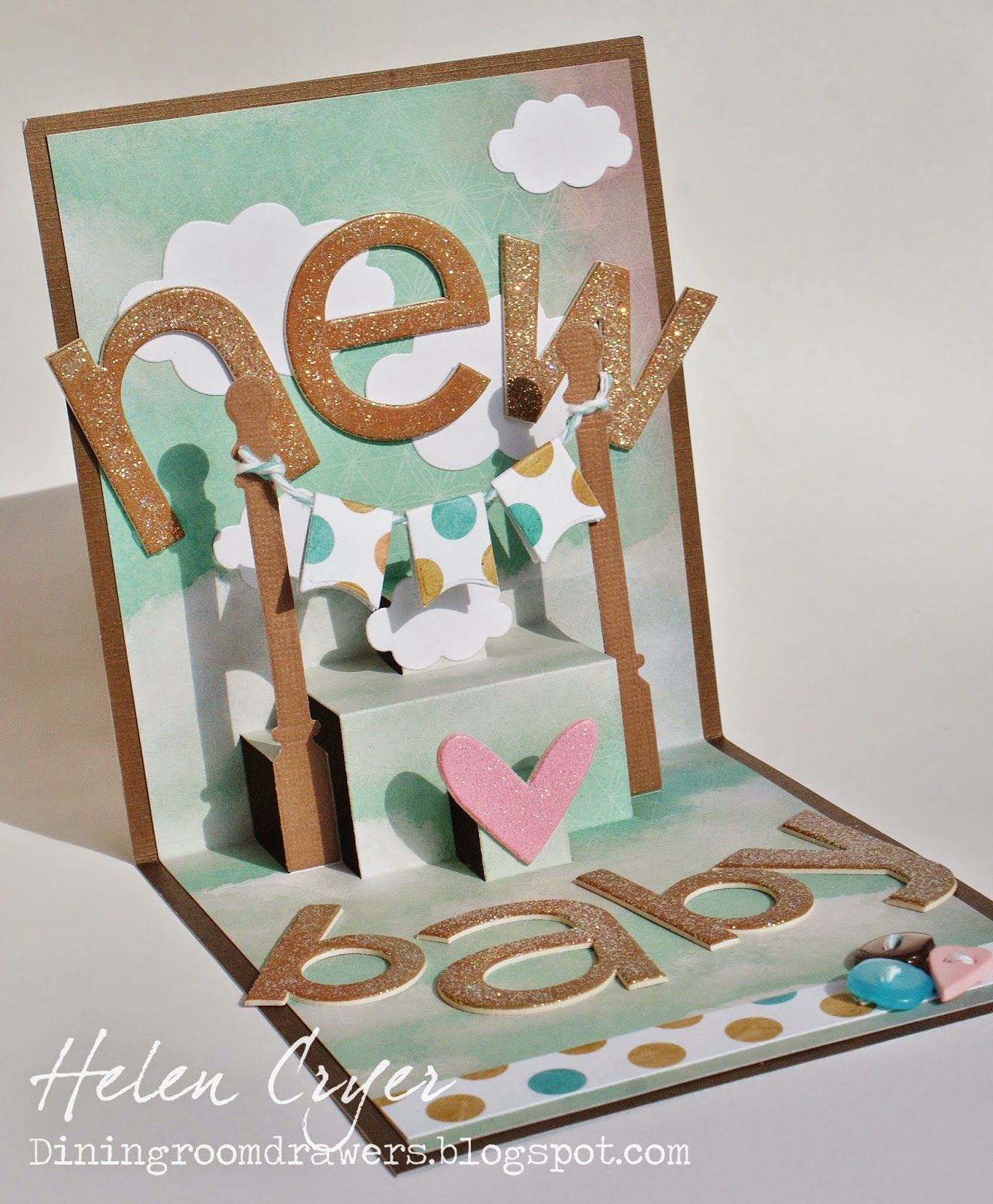