Scott and I are going to a 40th birthday party tonight, of one of his friends from his teenage years, who has recently moved to the area.
For the card, I used Karen Burniston's A2 Pop 'n Cuts base die, with the Congrats insert. I also used the Congrats Sizzlit for the nice layer piece.
The '40' was cut with Cricut 'Base Camp' cartridge - an oldie, but a goodun! 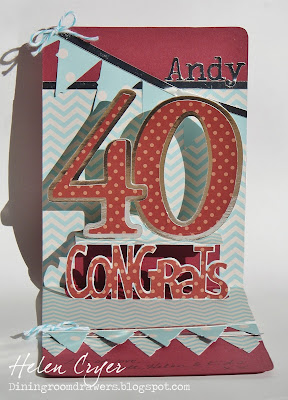 I added an extra pop-up part to the shelf above the Congrats bit, by cutting 2 slits, and bending the section between, outwards. I stuck the '40' to this bit. 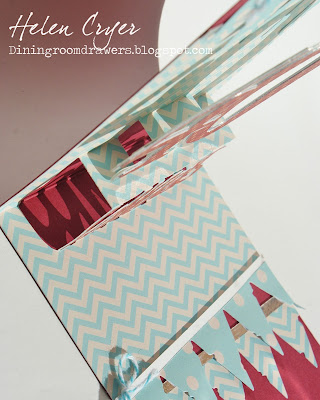 For the bunting, I used Tim Holtz's On The Edge Pennants die. The bottom row of bunting is part of the main chevron paper layer, and I laid a wedge shaped piece of burgundy cardtock on top, to make it look separate, before laying another row of bunting on top at an angle. 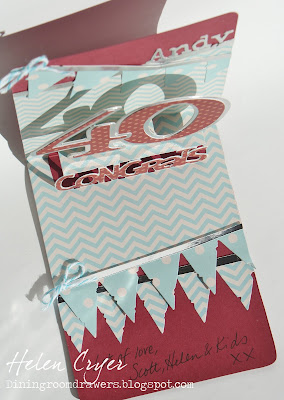 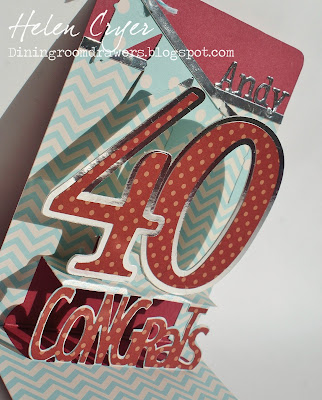