A friend of mine from church recently gave me a couple of beautiful tins of coloured pencils, and I made this Thanks card for her.
I'd bought Reverse Confetti's 'Blooms 'n Buds' stamp set ages ago, but the matching dies have been out of stock till just recently. I bought a set this week, and so yesterday die cut and stamped loads of flowers. I thought Karen Burniston's Spinner Square Pop-up die set would showcase the flowers nicely. 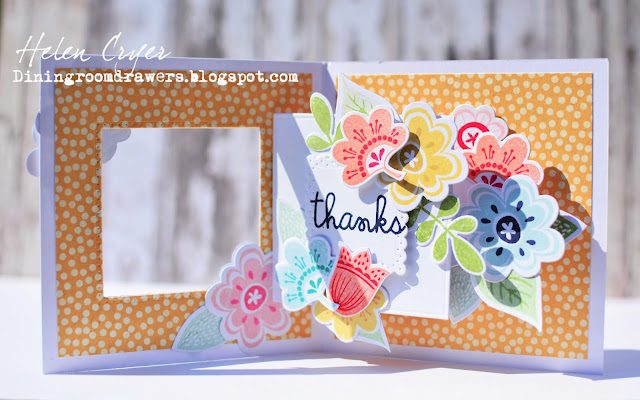 After using tape runner to put patterned paper panels inside the card, I used a square die from the set to cut a window in the front of the card.
I put a large square on the pop-up part of the card, and decorated this with a sentiment and flowers.
You can see a bit better in the photo below some of the flower layers. I attached one flower to the back of the card, then some more to the spinning arm, which moves when the card opens/closes. 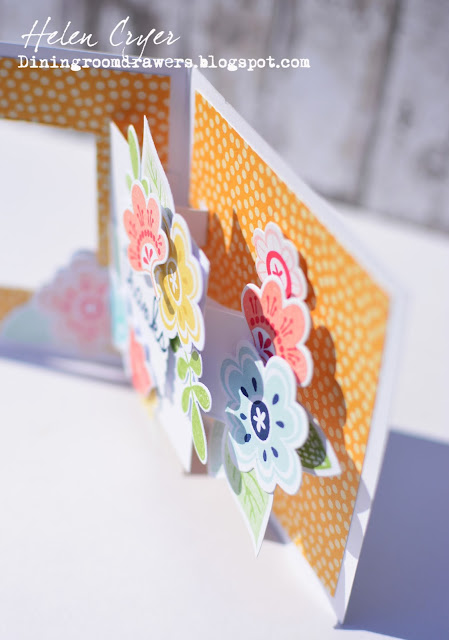 I made a patterned paper frame for the front of the card, and added more flowers.
The sentiment is from Paper Smooches' 'Sentiment Sampler' stamp set, and the little scalloped square die comes with the Spinner Square Pop-up set.
All the inks are from Stampin' Up. 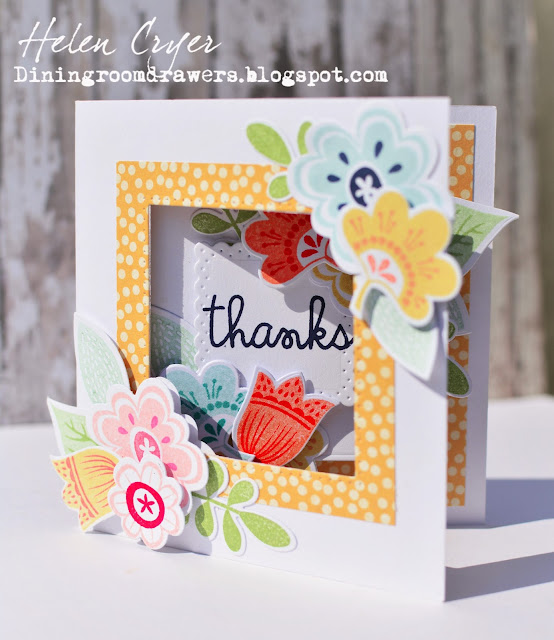 I used my rather rubbish, one-handed videoing skills to show you how the card moves! 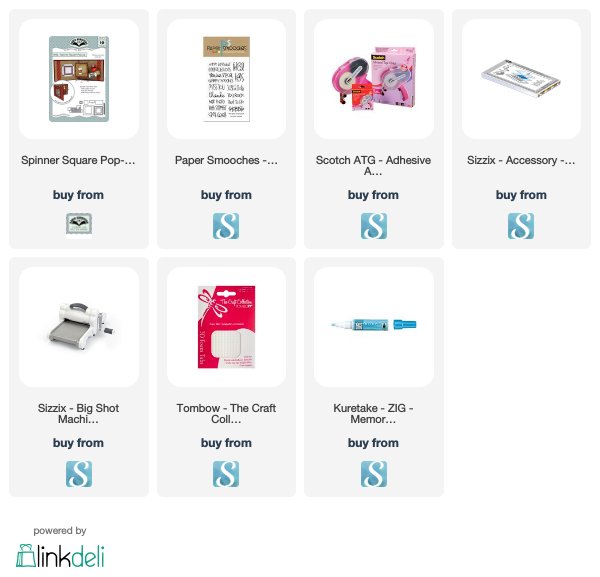