Sizzix Framelits 'Thank You' and 'It's a Party' Drop-Ins Cards 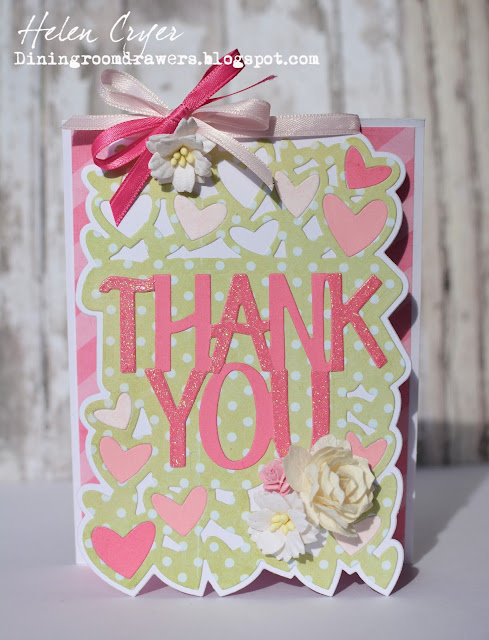 I used the shadow layer card front die on a pre-folded blank card, then had fun adding the heart layer and the wording.
I cut out the wording twice (once in pink card stock and once in glitter card stock), stuck one layer on, then hand cut alternate letters from the glitter card, and stuck them over the top.
I just added some patterned paper inside the card. 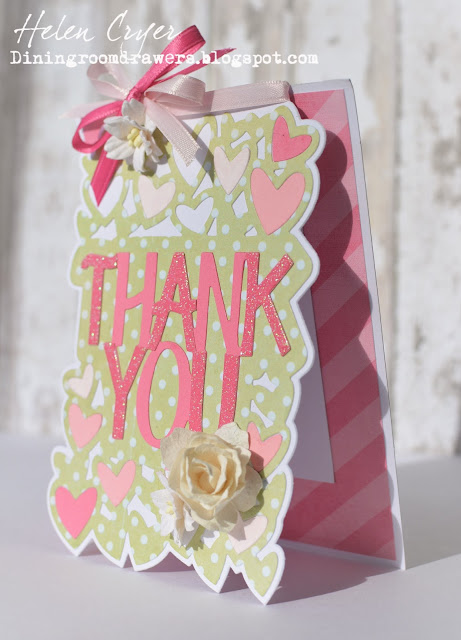 The second die set I used is such a fun one - I love the mini balloons! The die set comes with three balloon dies, so you don't have to cut them all out one at a time.
I made the card in a similar way to the card above, adding some wire for one of the balloon strings, with Beacon's 3-in-1 glue. 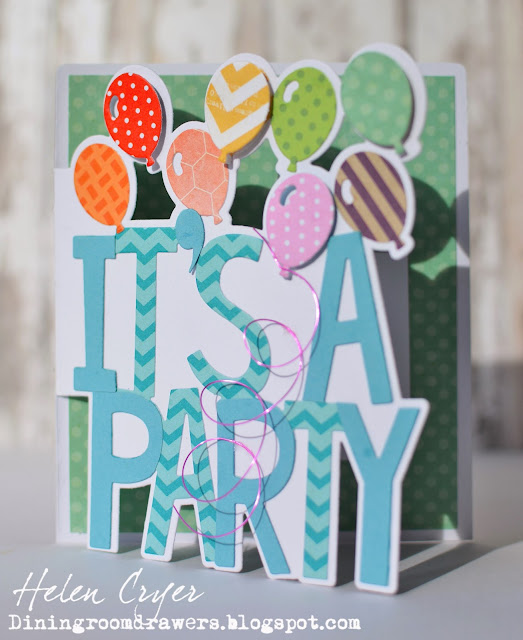 I added some more detail inside the card, using pen for the strings. 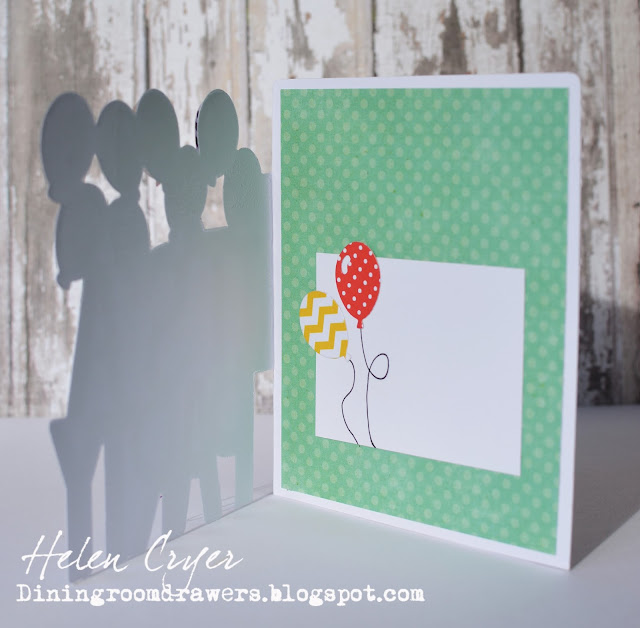 All the cards I made yesterday with some of Stephanie's new die sets for Sizzix. 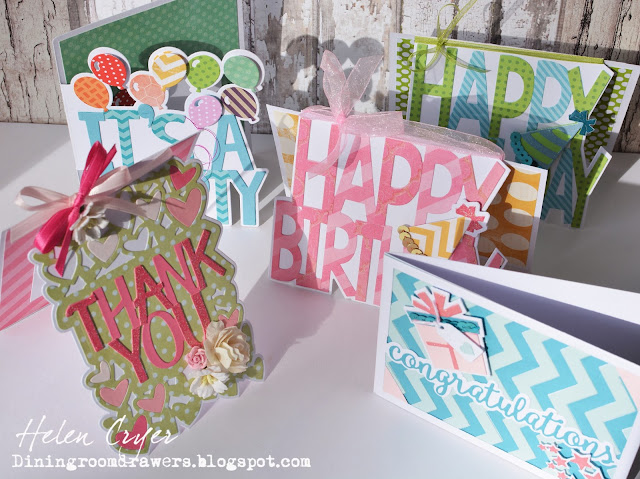