Hello! Ever since January when Tim Holtz's new products were unveiled, I've had the Sizzix Cityscape Skyline and Commute die sets on my wishlist - I've been wanting some cute transport dies to be invented for ages!!
They arrived this week, and I had a vague card idea in my head, but wasn't sure how it would turn out. This card is the result and I'm reasonably pleased with how it ended up. I'll be using these gorgeous little cars on plenty more cards, I imagine! 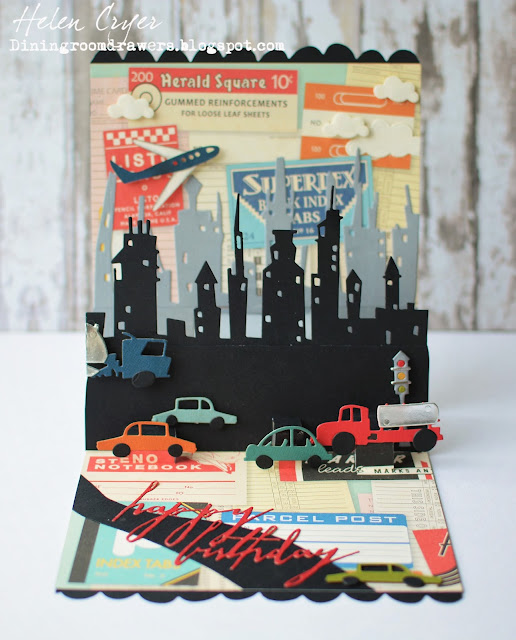 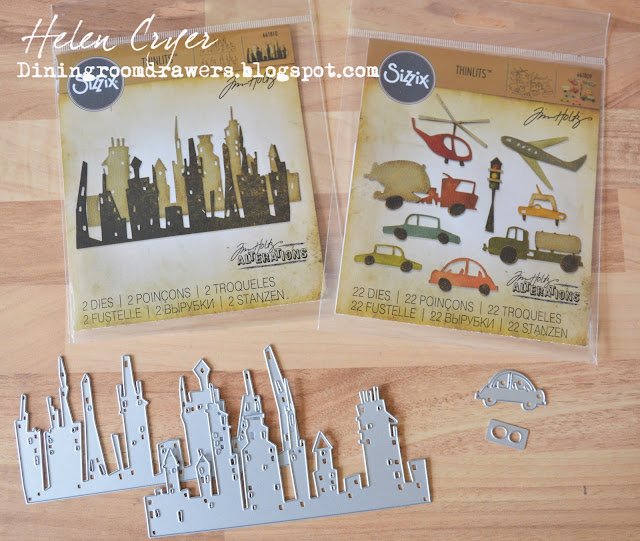 I took a few pictures along the way:

I used October Afternoon's 9 to 5 Steno Pad 12x12 paper for the background, and cut it as wide as the Skyline dies. I knew this would make for quite a 'busy' looking card, but felt that the vintagey work-related feel of the paper matched the style of the cars quite nicely.
I added one Skyline die cut, with a matching cardstock strip below it, up to the card fold. 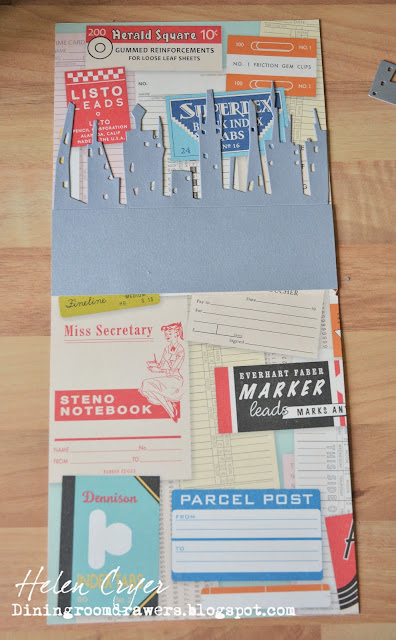 I then die cut the card with Karen Burniston's Lucy Label Pop It Ups die, to create the pop-up part.
I made another Skyline die cut and attached it to a strip of cardstock, then adhered this to the pop-up part. 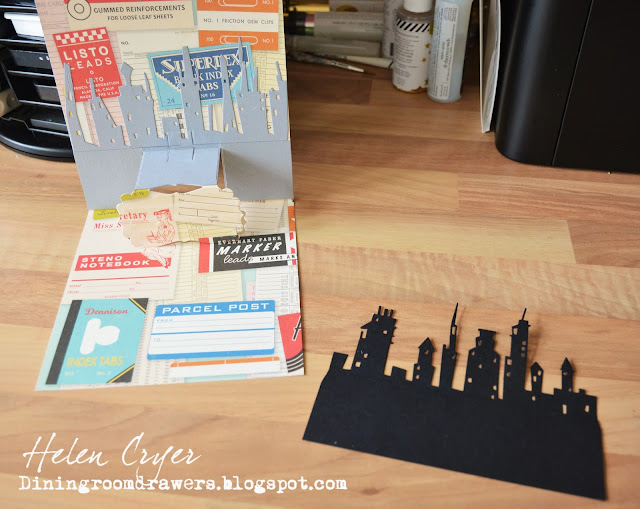 Next I used an Xacto knife to create some extra pop-up parts. (I taped these together on their reverse, to create the box folds.) 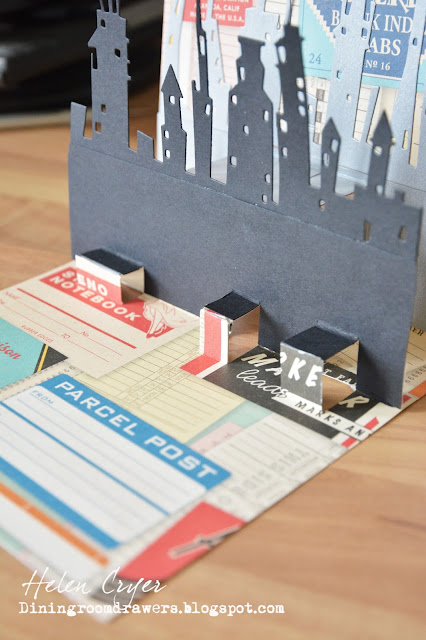 Then I just had fun die cutting all the little transport parts. The Commute die set includes all the separate wheels, and additional layer pieces. I used Tim Holtz's Kraft-Core Nostalgic Collection for the transport cardstock, because I liked the texture, but also the colours matched the October Afternoon patterned paper well.
I also added some perfect cute little clouds from Karen Burniston's Hot Air Balloon die set. 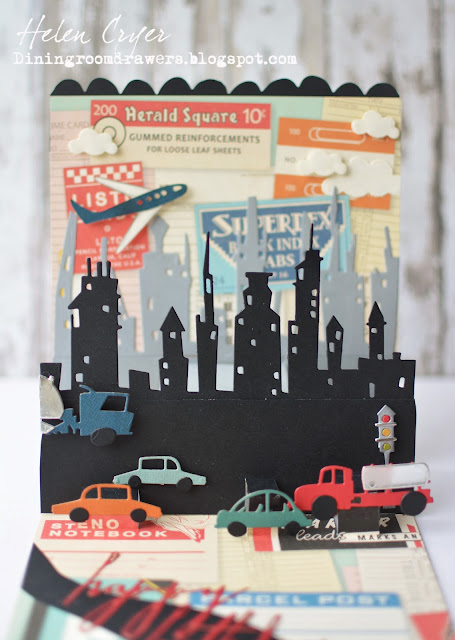 For the outside of the card I added cardstock strips to the top and bottom which I cut with Tim's Sizzix On The Edge scallop die, and a slightly metallic grey cardstock to cover the holes left by the pop-up parts.
The helicopter is also from Tim's Commute die set. 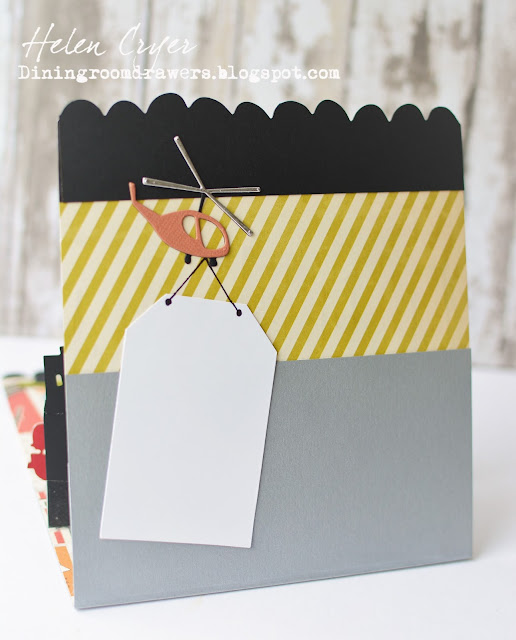 You can see all the layers, here: 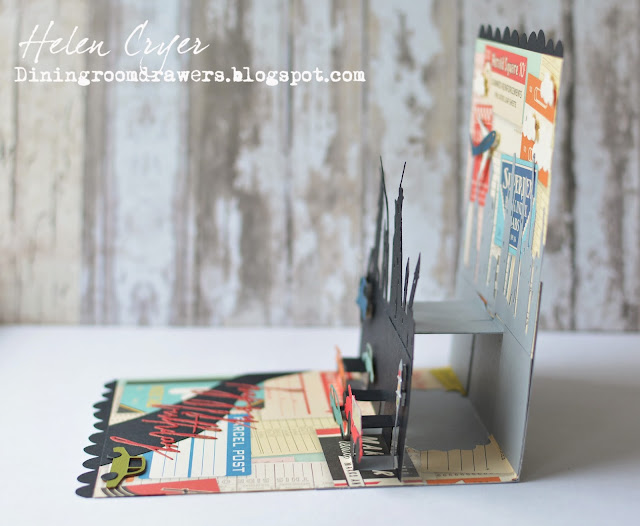 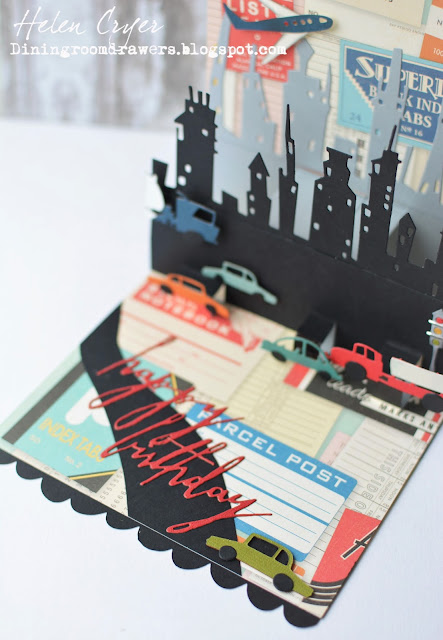