Karen's challenge this month is to create either a 'Cutesy' or 'Artsy' card.
I've had the idea in the back of my mind to make a Pull Card with a few of the characters peeping out, so decided to try and make a full-blown character party card!
I used the Rectangle Pull Card die, with a bunch of balloons on the front flap. (I used the balloon from the Props 2 set, with the ears trimmed off.) 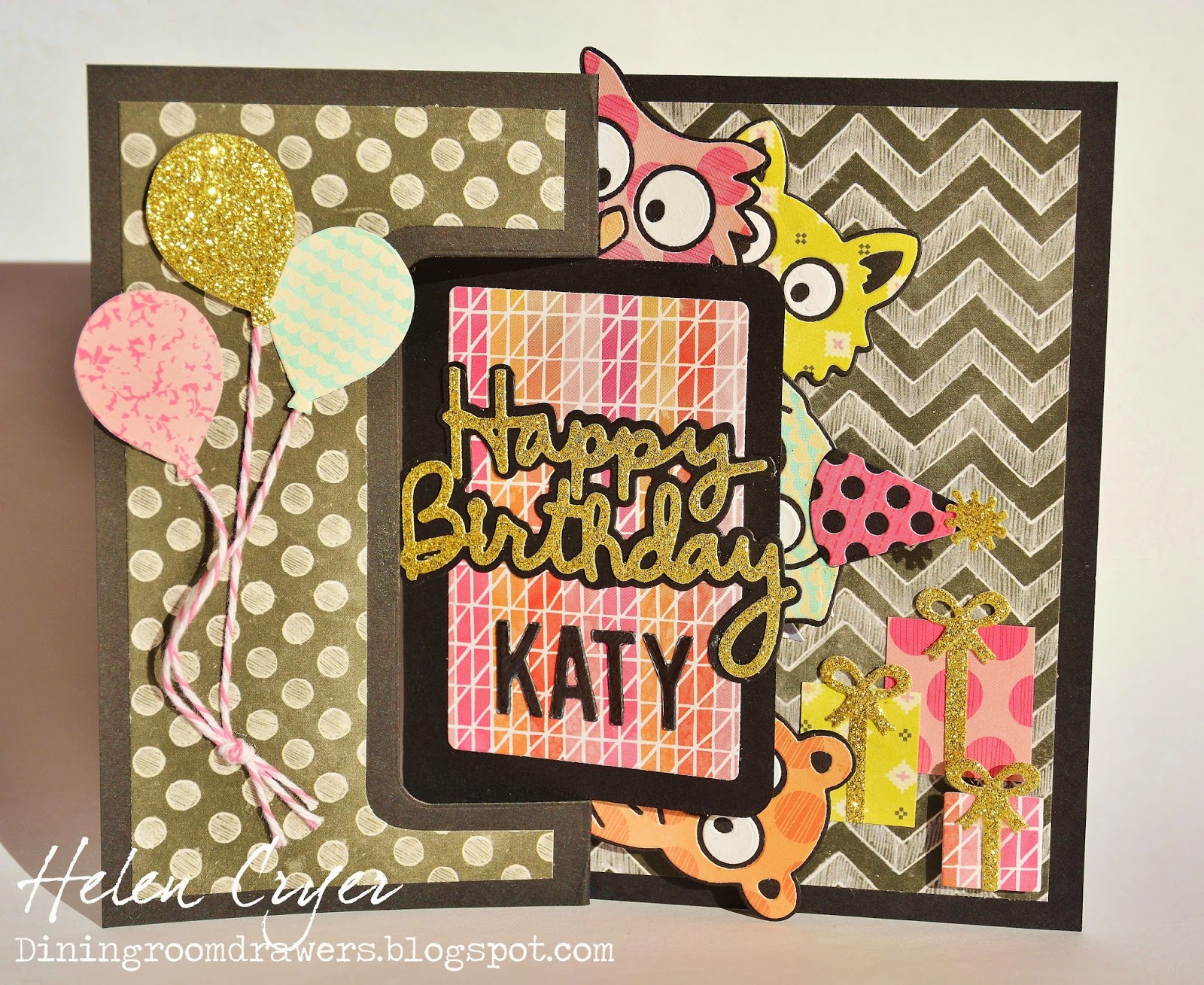 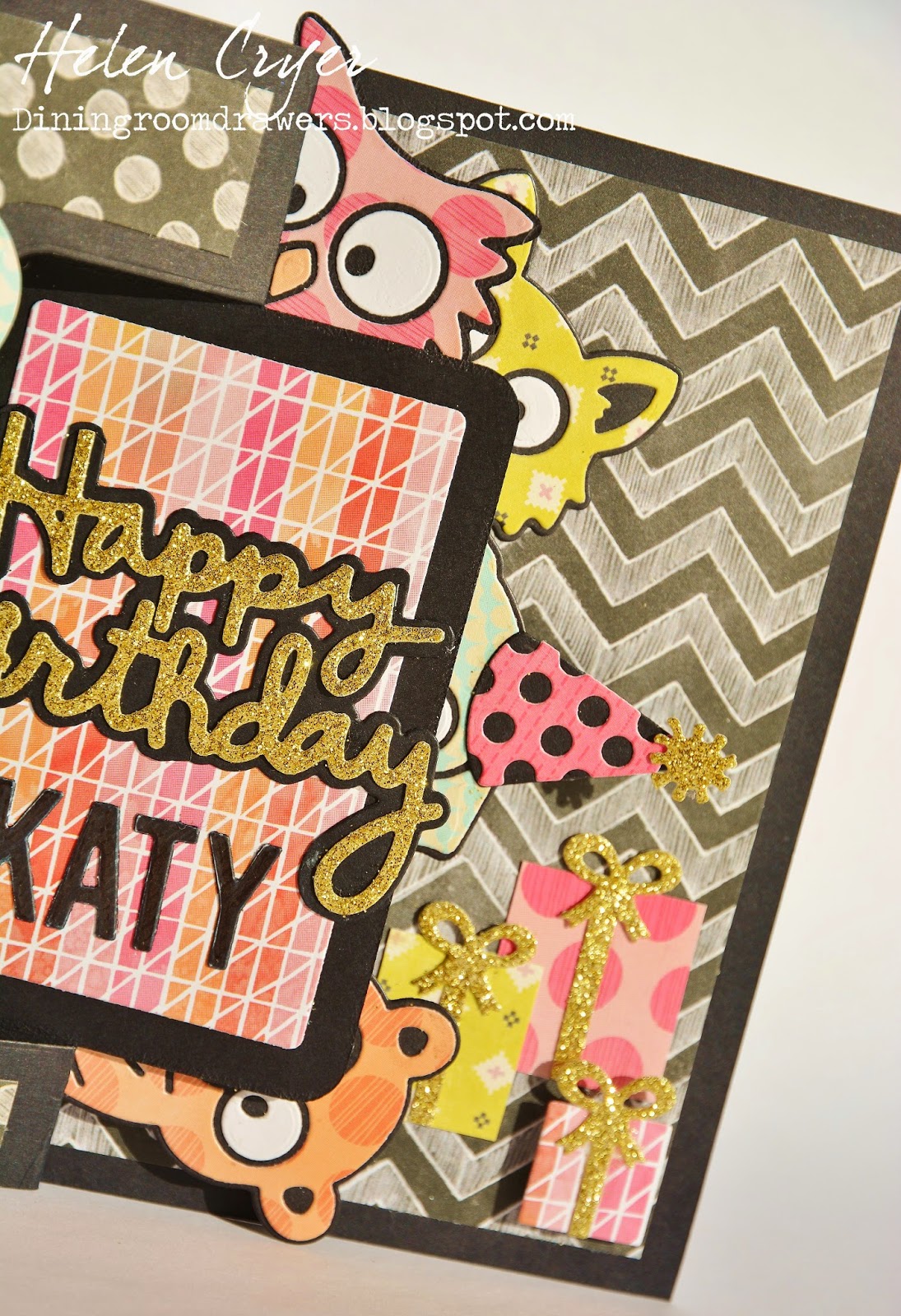 Inside, I added four of the Pop it Ups characters, and a string of bunting, plus some gifts (with bows from the Evergreen Pivot Card set.) The party hat and party blower are also from the Props 2 set.
Most of the papers are from basic Grey's Fresh Cuts Collection 6x6 pad, and We R Memory Keepers Chalkboard 6x6 pad. 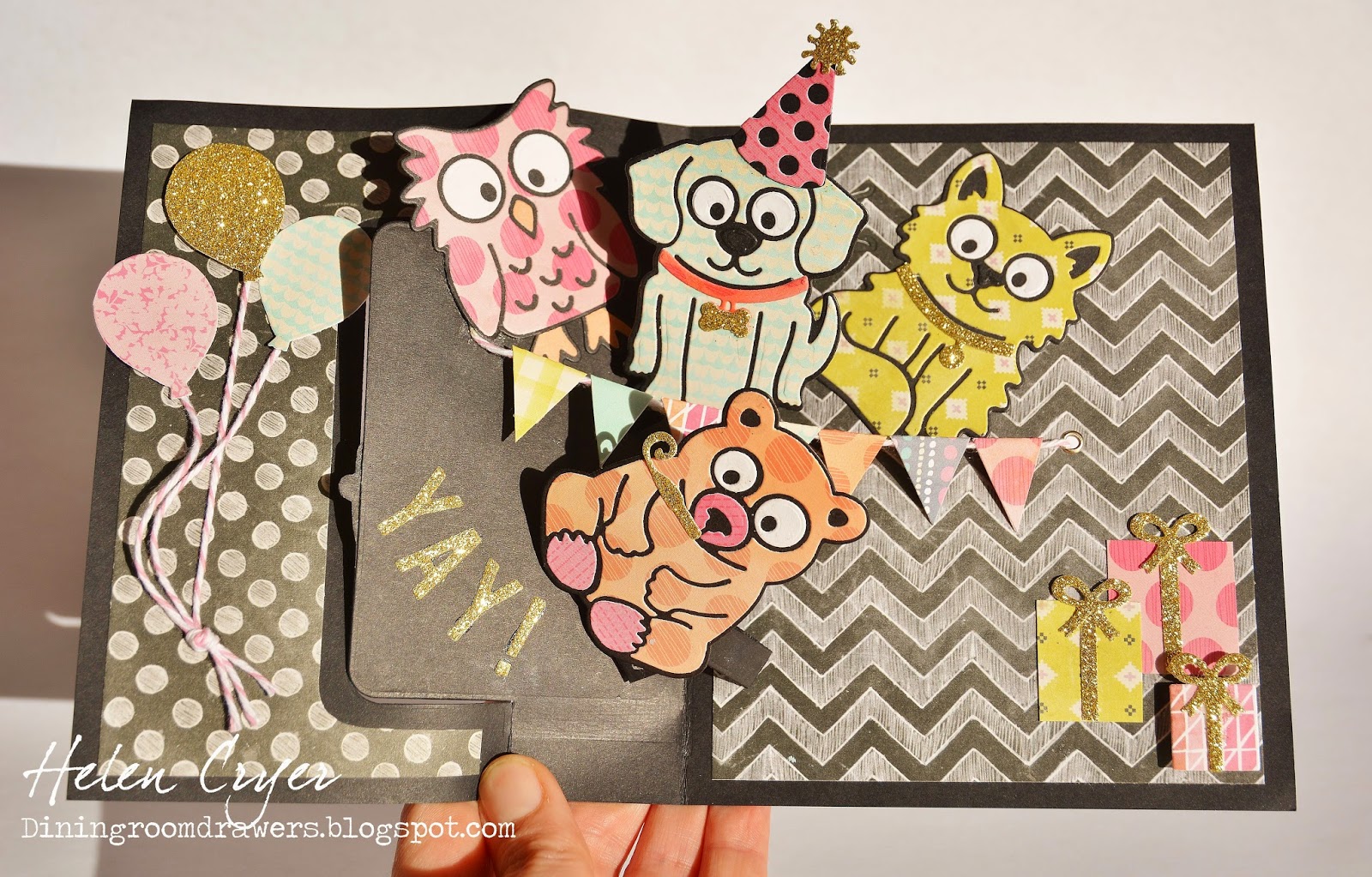 I used two of the spinner pieces (that comes in the Rectangle Pull Card set), behind Buster the Dog and Honey the Bear, so that they would move from the 'peeking out' positions, to an upright position when the card opens.
I also decorated Poppy the Owl on both sides, so you can see her from both angles. 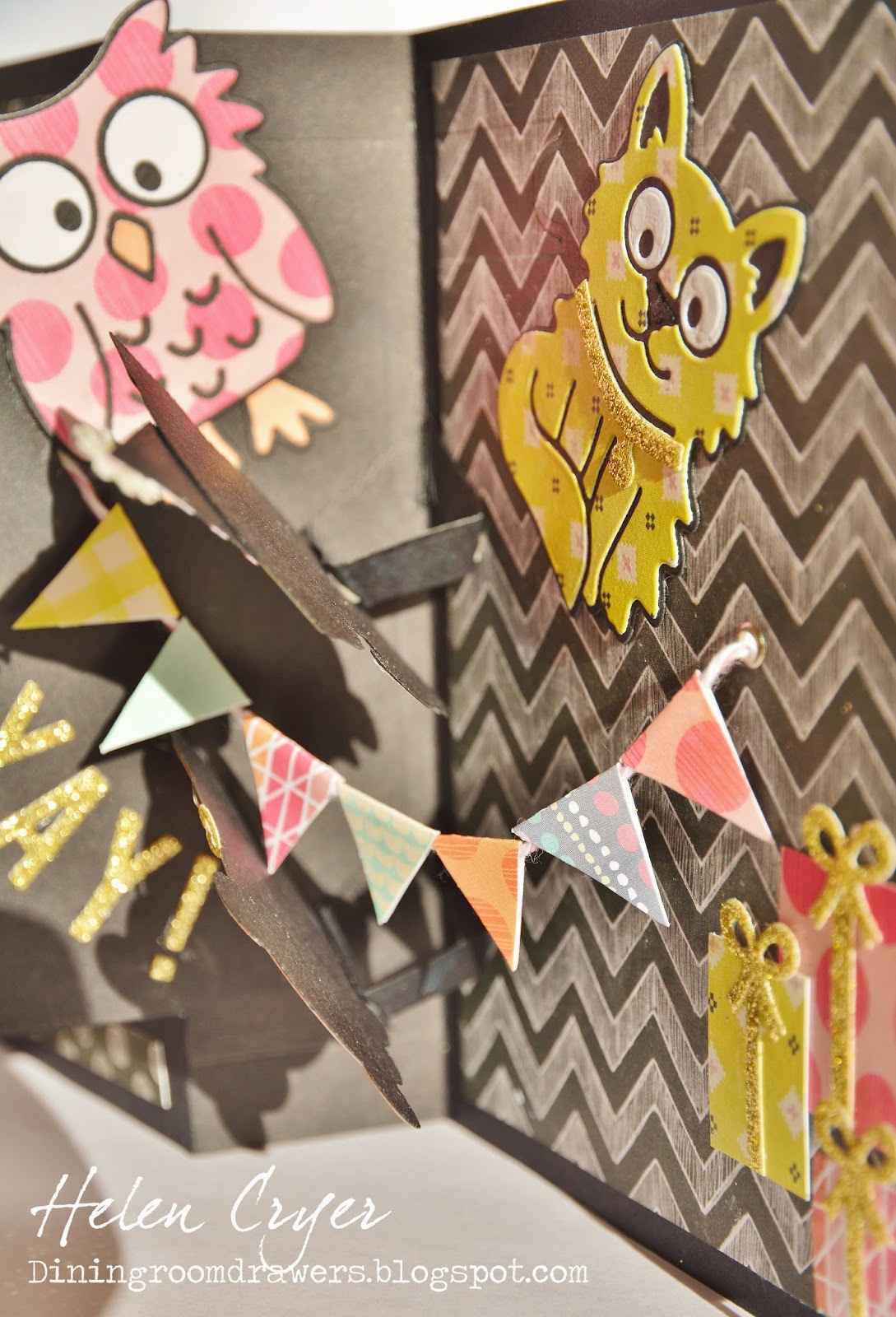