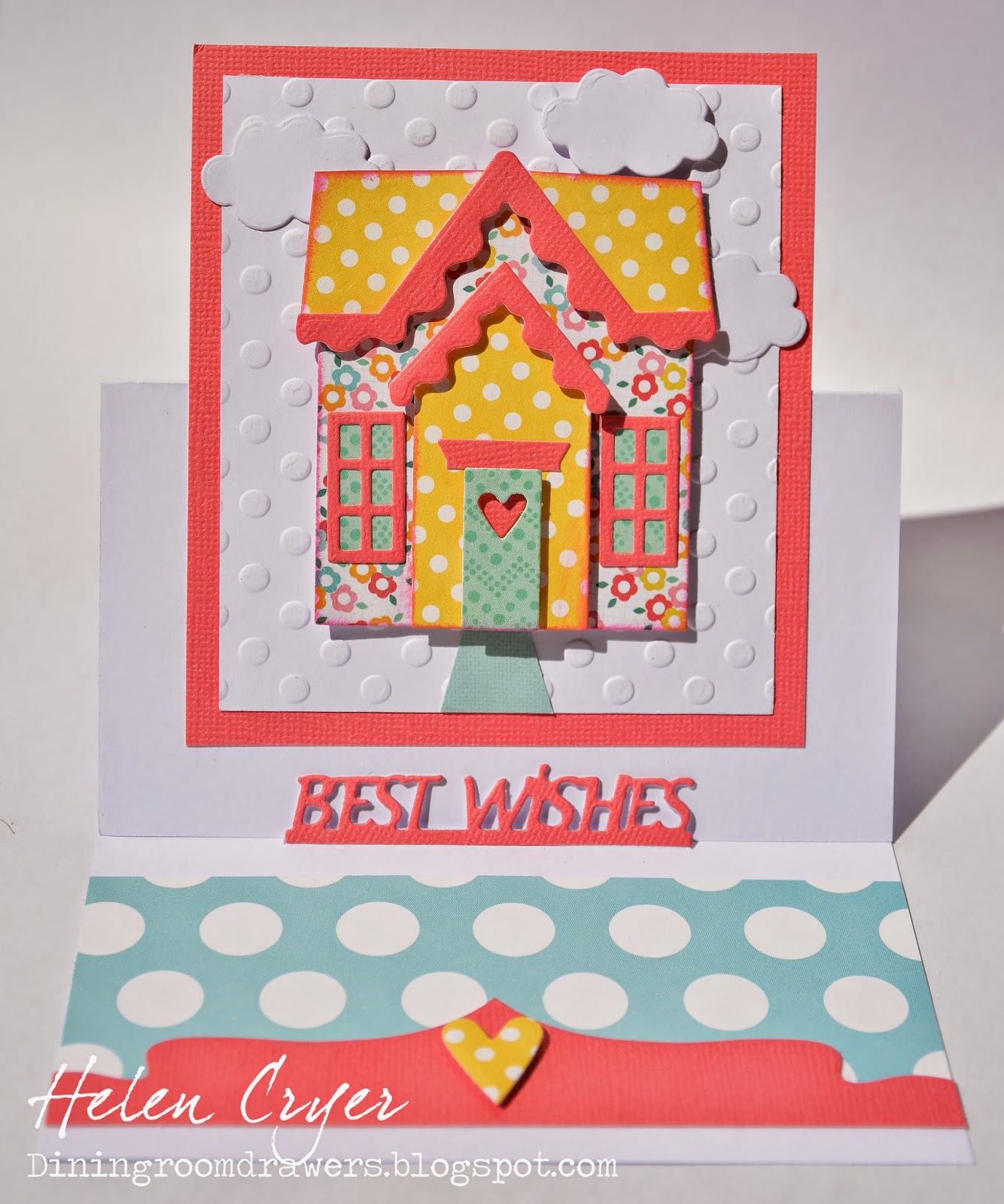 I used a plain white card base, measuring 5'' x 12'', which I folded in half, and then half again on one side. On the unfolded half of the card I used the Stand-up helper die.
I used another couple of rectangles of cardstock, to be the background for my house, and embossed the top layer.
I also cut an additional 'Best Wishes' with the Stand Up Helper, to stick on top of the one attached to the card.
The house elements were cut from papers from 'Hello Sunshine' 6x6 pad by Pink Paislee and 'Summer Bliss' 6x6 pad by Echo Park. 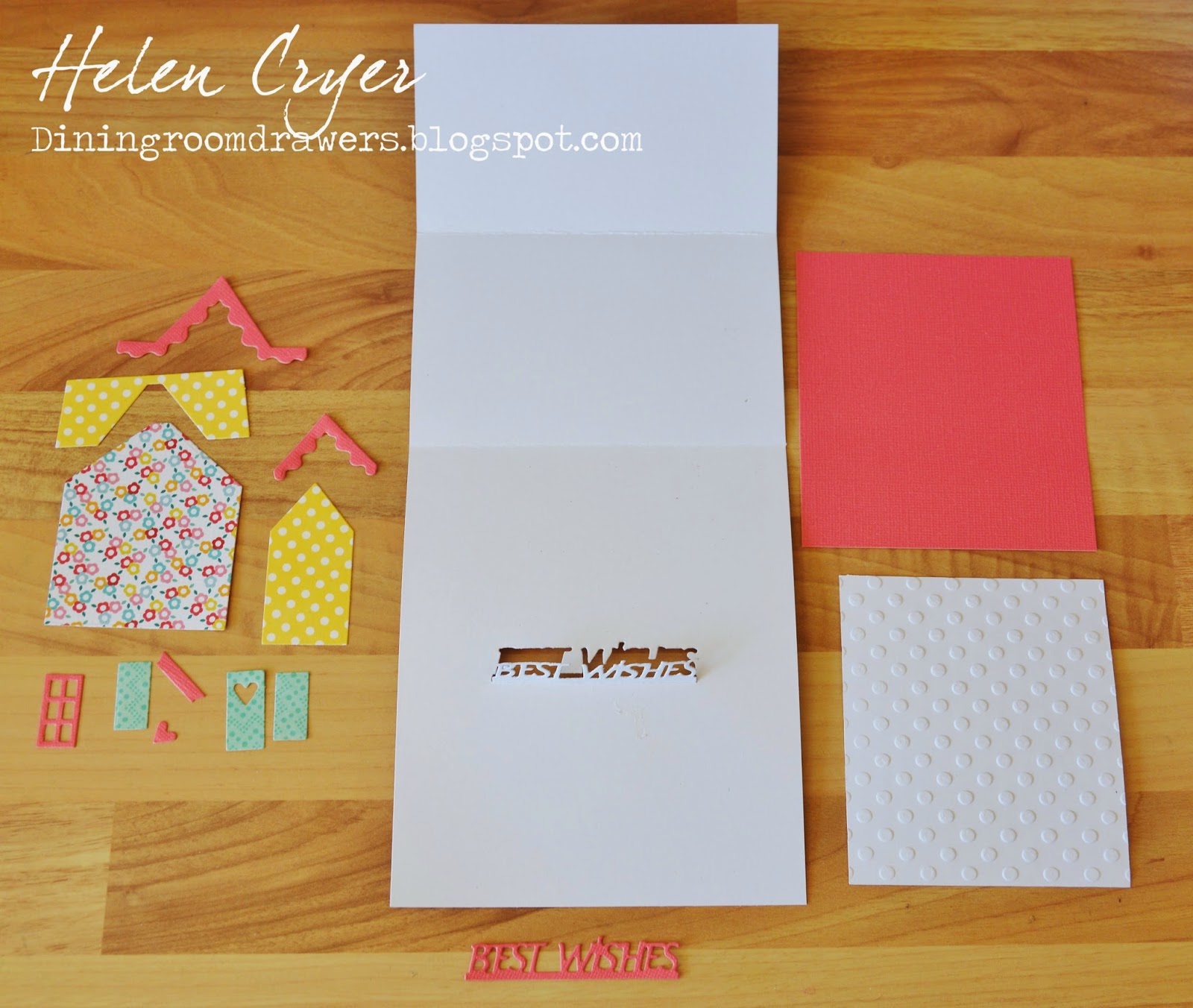 I stuck all the house elements together, using some small square foam pads in between the layers, and also cut a little path, and added some clouds (cut with a die from the All Seasons Tree set.)
This is what the card looks like fully closed. 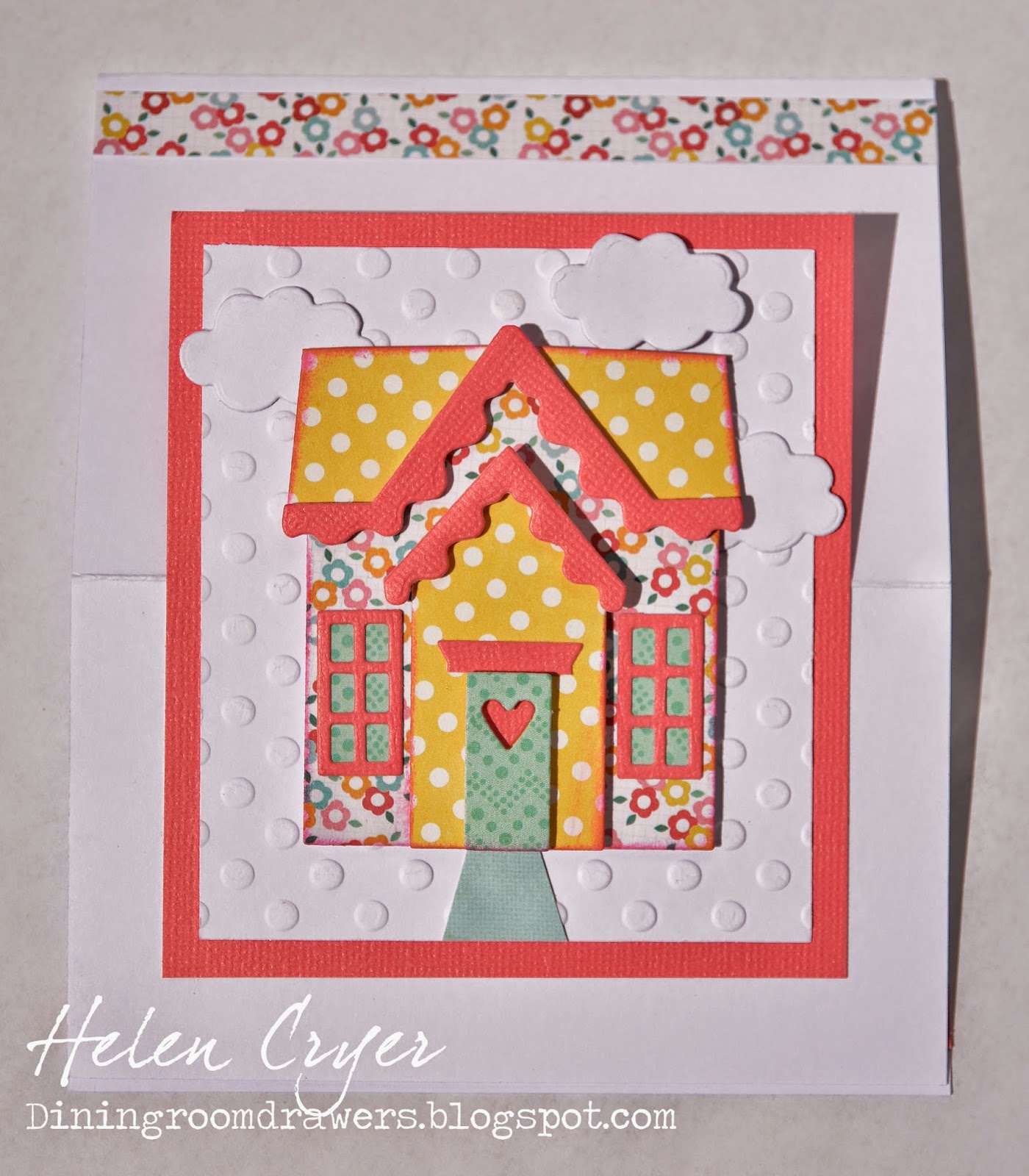 I also added a bit of patterned paper to the foot of the card, and a shaped pink piece, using the Agatha edges die set. The heart is from the Spiral Circle Pull card die set. 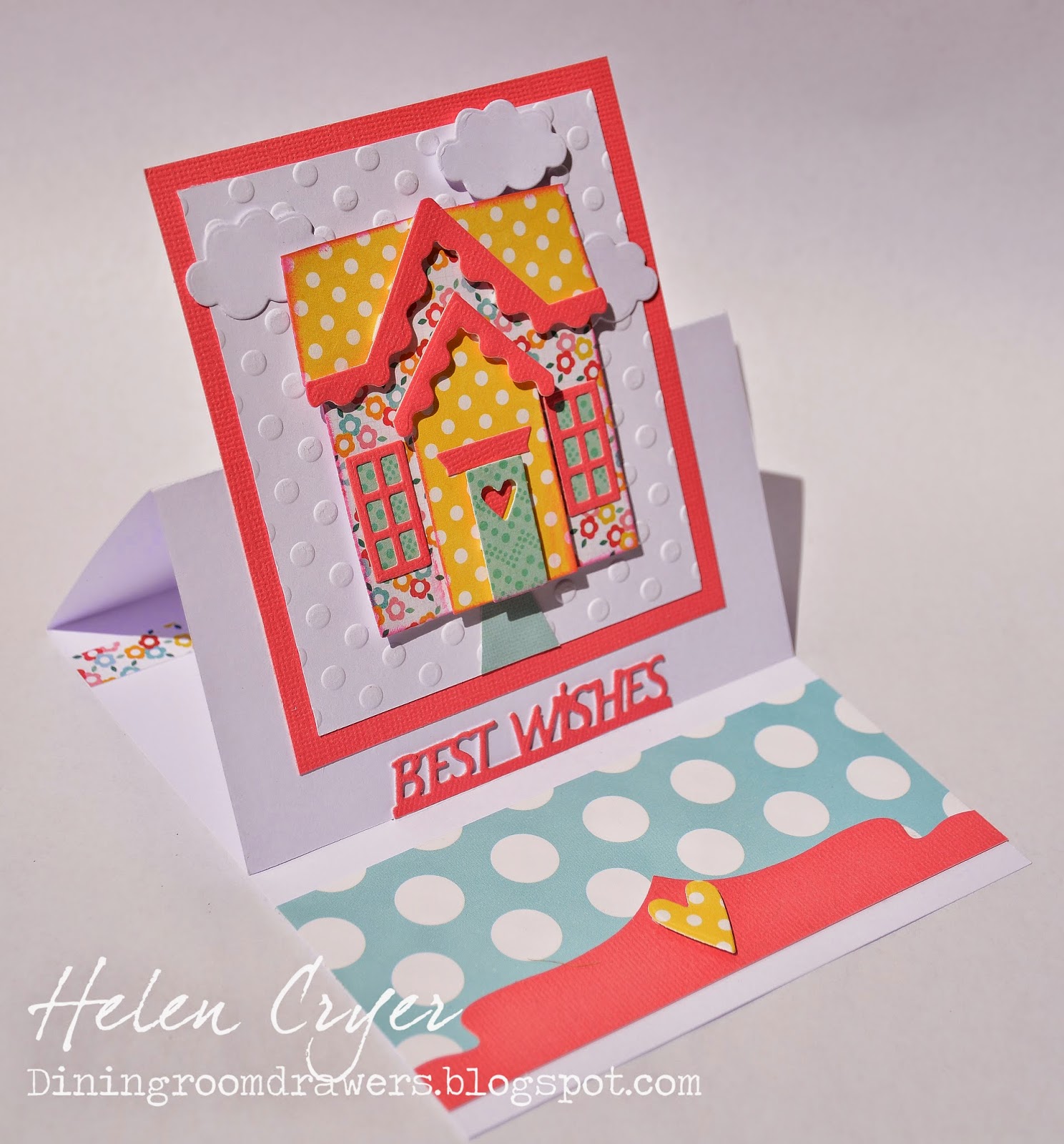