My daughter asked me to make a Barbie card for her friend's birthday - she is going to their 'Barbie & Ken' Fancy Dress party today. You'd be forgiven for thinking my daughter is 5, and going to another little girl's party, but no, she is 16, and going to the party of a boy in her year at school... ha! I decided to go as all-out pink and glitsy as possible!

I used Karen Burniston's 'Lots of Pops' die to create the pop-up mechanism, and the 'Agatha Edges' die set to cut the edges of the pink inner card and the pink glitter flourish pieces. The pink pony paper is from American Crafts 'Dear Lizzie Lucky Charm' 12x12 pad. 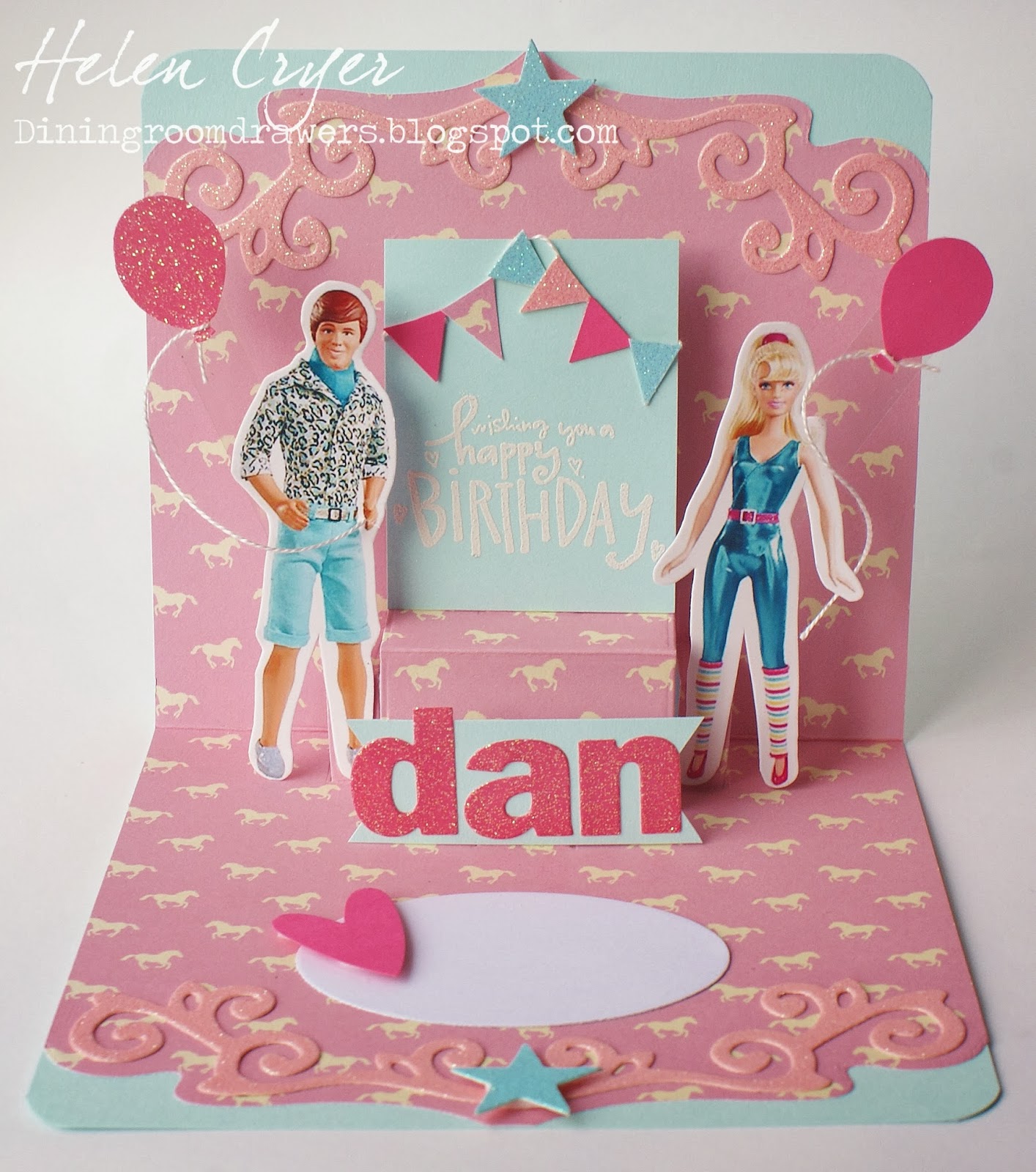 I found images of Barbie and Ken on Google, and printed them onto photo paper, then glued them to heavy cardstock and cut them out with Cutter bee scissors. I used ATG tape runner to attach them to the two outer pop-up parts. I cut out some balloons by hand, and stuck them to strips of clear acetate, which I then stuck to the back of the Barbie and Ken. 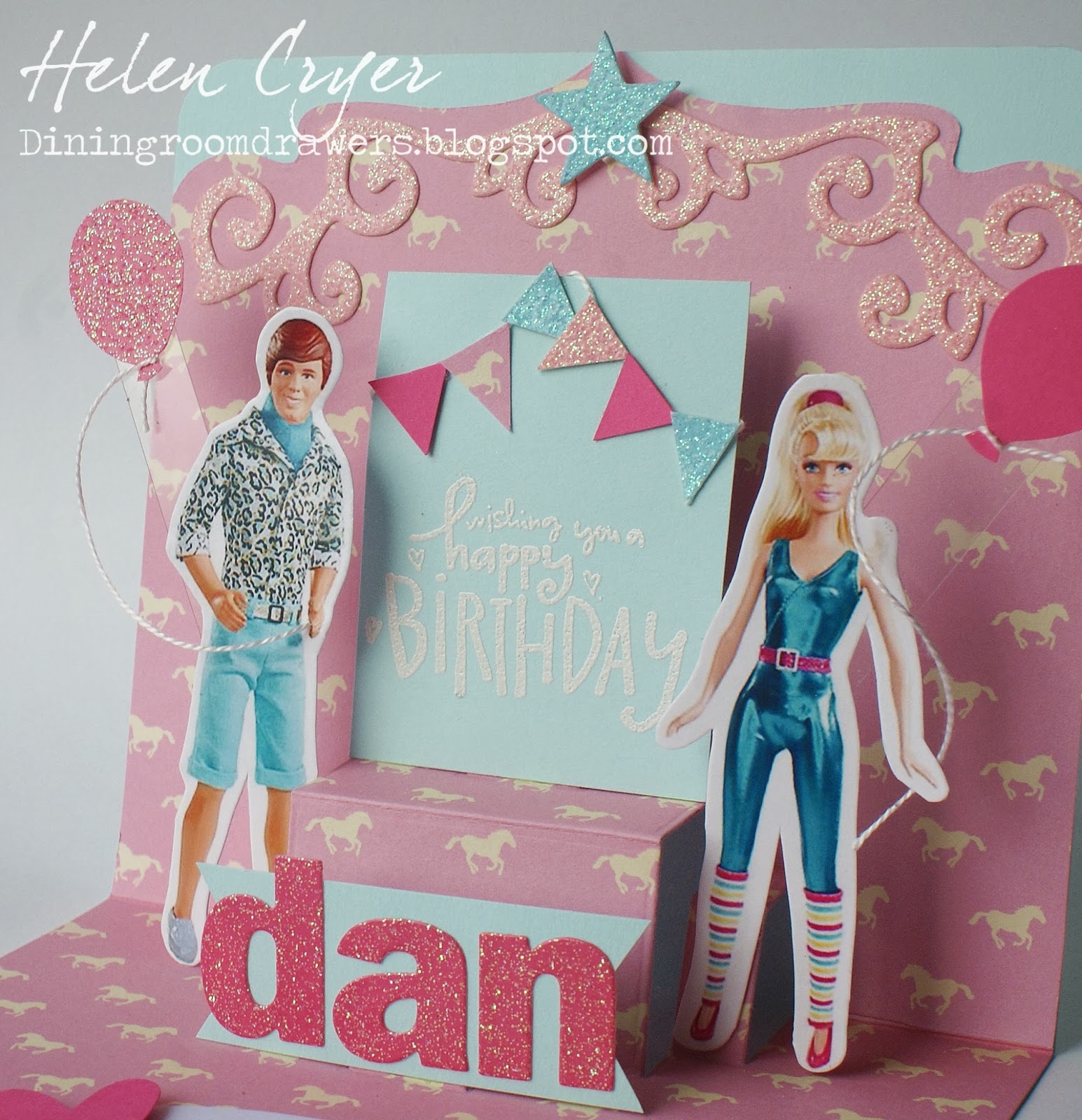 I hand cut out a banner, which I glued 'Dan' to with a fine-tipped glue pen, for the lower pop-up bit, and made a kind of poster to which I added some bunting flags on twine, and white heat embossed a Melissa Frances stamp, for the upper pop-up part. You can see the layers better in the photo below. 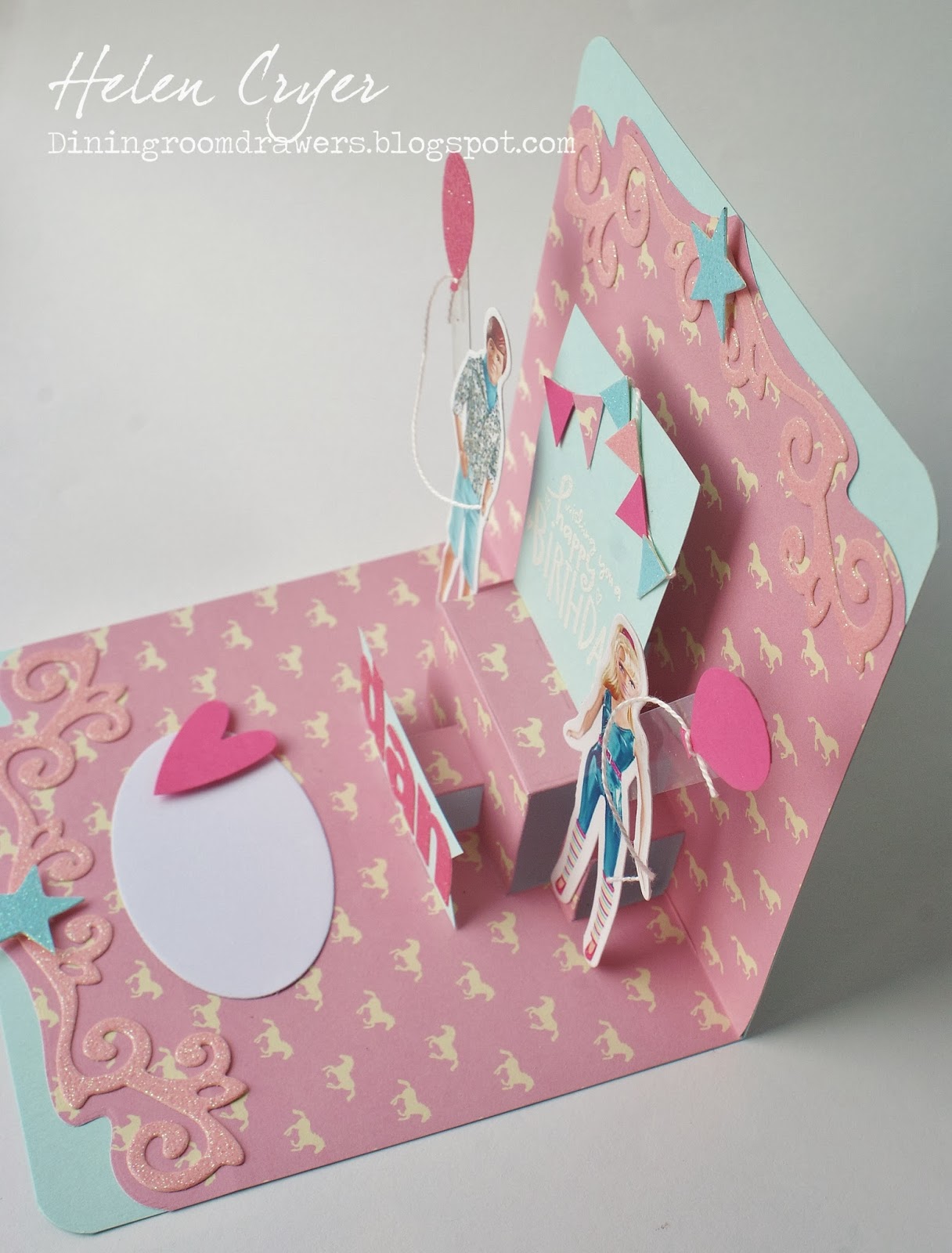 I also added glitter stars from Tim Holtz's 'Crescent Moon and Stars' die (love the variety of star sizes on that die), and also added an oval with with Karen Burniston's Wavy Labels Framelits set.
I had a smaller print out of Barbie & Ken, and used this for an envelope. The speech bubble and heart are both from Stampin' Up. I rounded the edges of the turquoise outer card layer with my Zutter Corner Heavy Duty Corner Rounder. 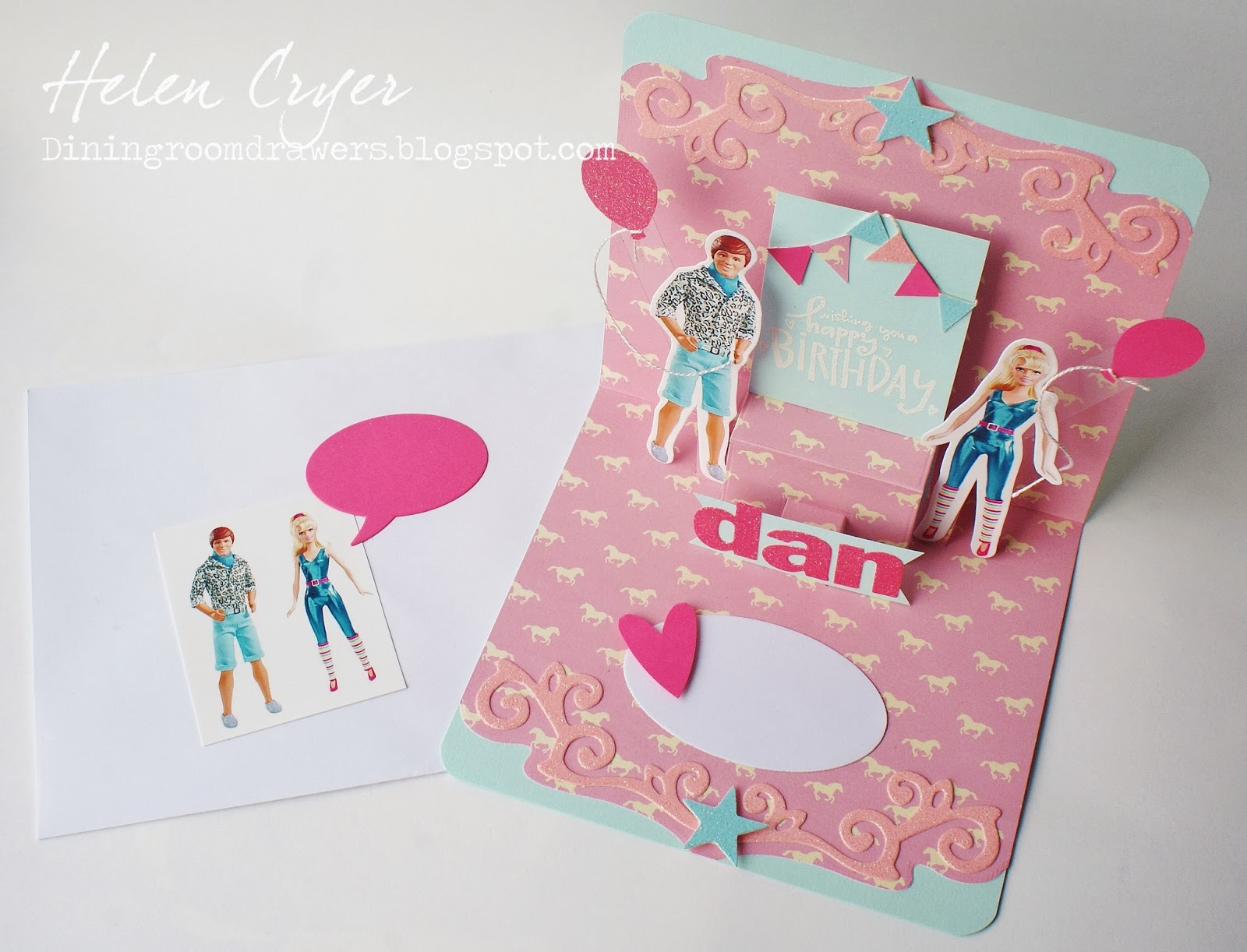 So anyway, I have been giving my daughter false eye-lash lessons (me being the pro - having worn them all of once before), and digging out pink leg warmers and lipstick etc! I hope they have a great party!