So I mentioned a couple of posts ago about the stamp carving set from Stampin' Up which I have been playing with, and I have some more pictures.
The kids are off school this week, and we are having a much needed, very lazy holiday at home. It's been bliss. I've spent some time (as I do with all new hobbies!) researching tools, techniques, finding the best blogs, setting up new Pinterest pages - generally just sucking in as much knowledge about my latest obsession hobby as possible. (Oh, and online shopping!)
I've also been keen to get into Calligraphy again, and have been researching that. I used to do a bit as a teenager, and now there is so much beautiful modern calligraphy around, that I need to try it again.

Anyway, here is a Pop It Ups Circle Accordion card, decorated with papers from Pebbles' 'Front Porch' 12x12 pad, and some elephant and bunting stamps which I carved yesterday, plus a Tim Holtz sentiment.
I also used the Square with Circle Frame edges to create the patterned paper frames. 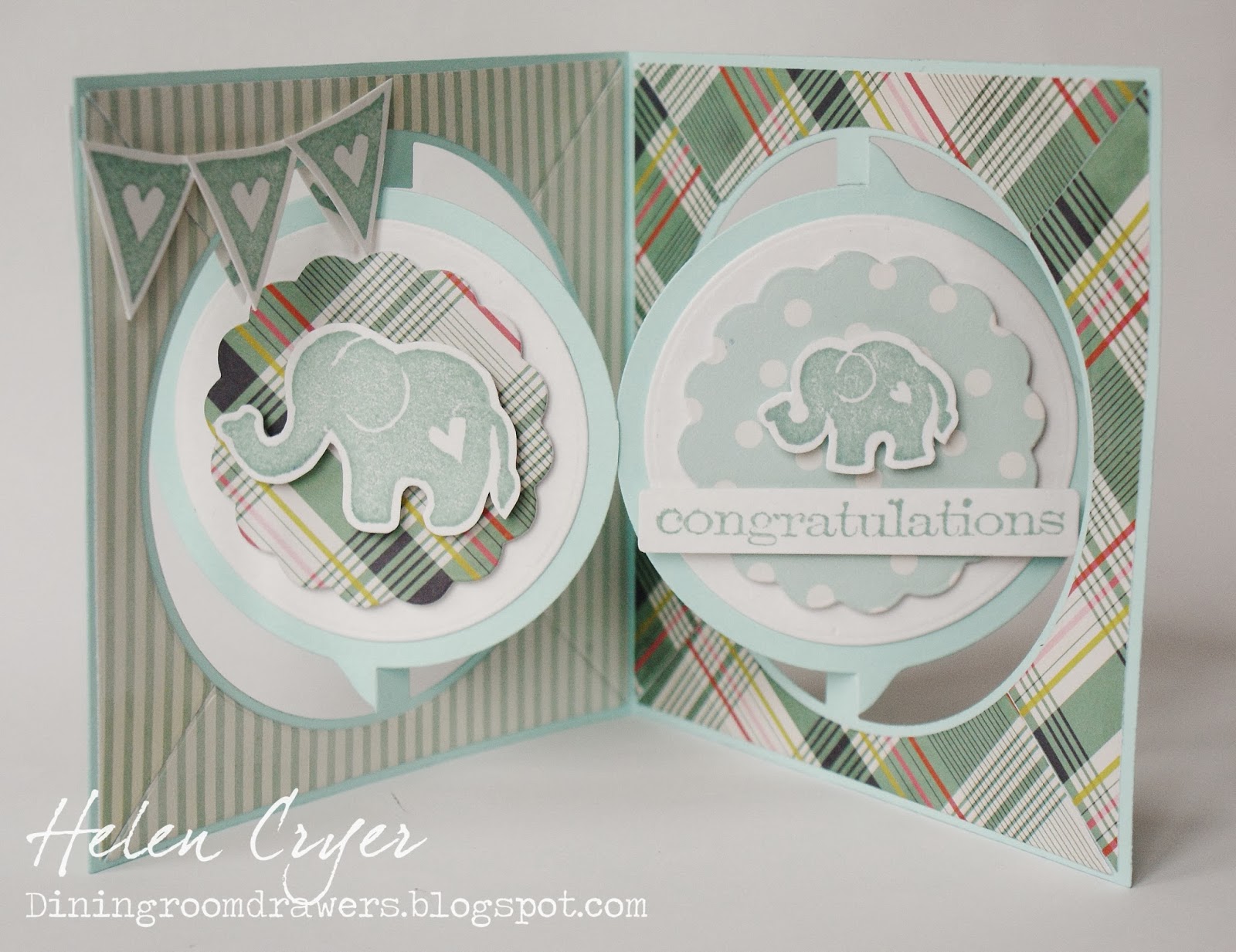 Yetserday I felt like having some elephant stamps, and sketched out a design onto baking parchment, then transferred the image onto the rubber, and carved them out. My initial carving was pretty ropey, and I neatened it up a bit with an X-acto knife. 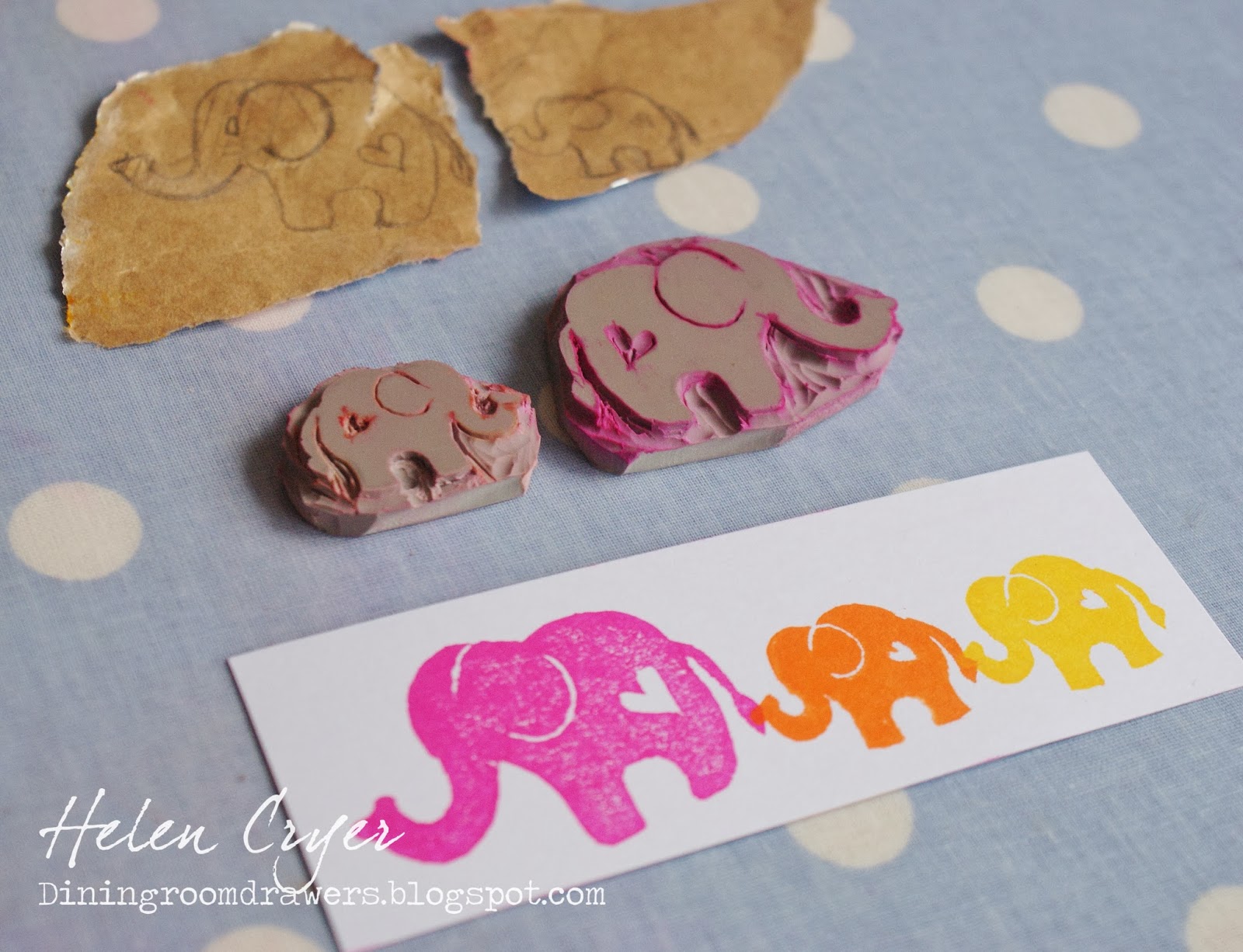 When I was making this card last night, I wanted to add some bunting to it (no surprise there!), so also carved out a little flag stamp to echo the heart design on the elephants.
I used quite a coarse, thick cardstock to stamp onto, so the stamped images are quite grainy and soft looking. 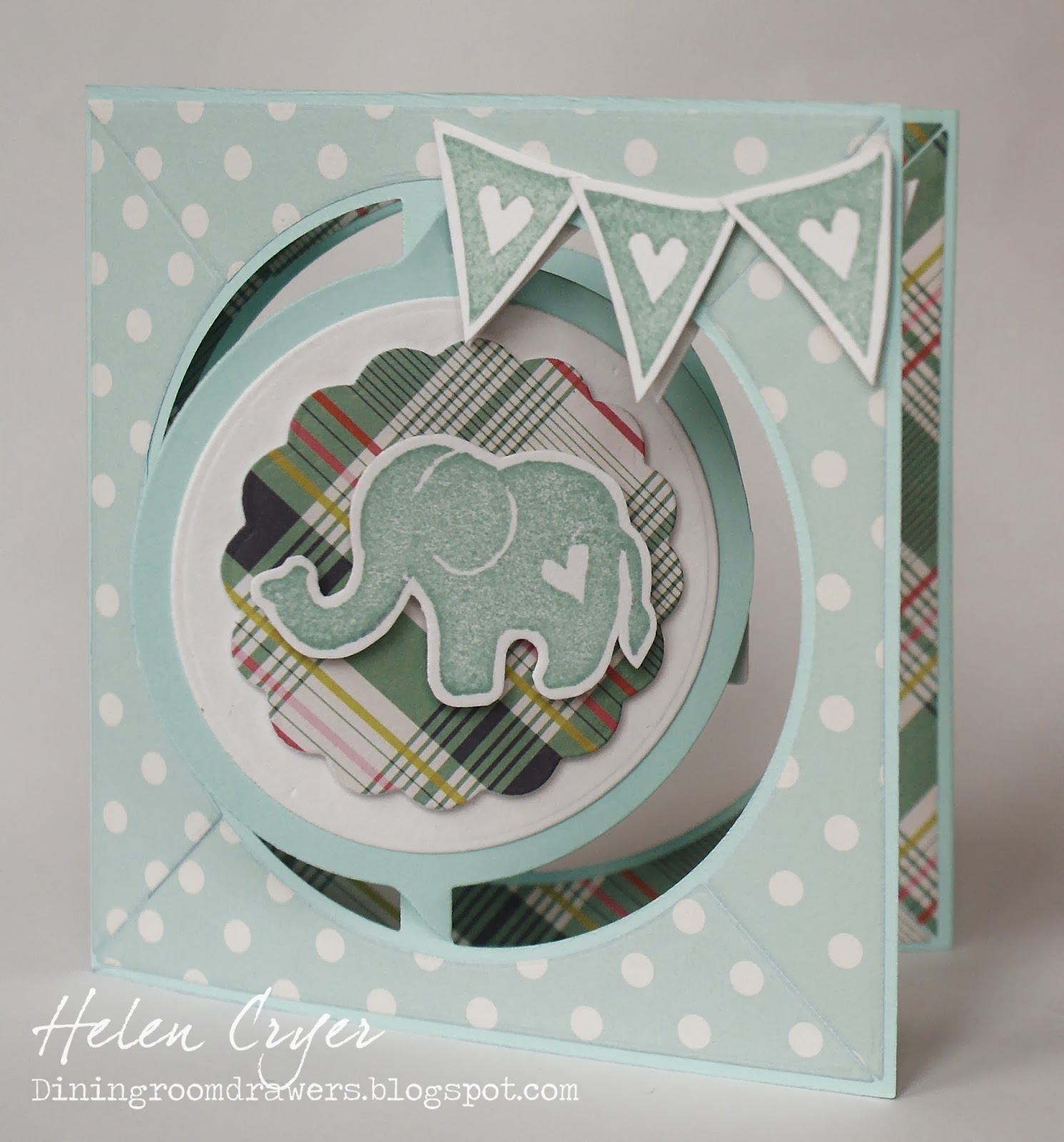 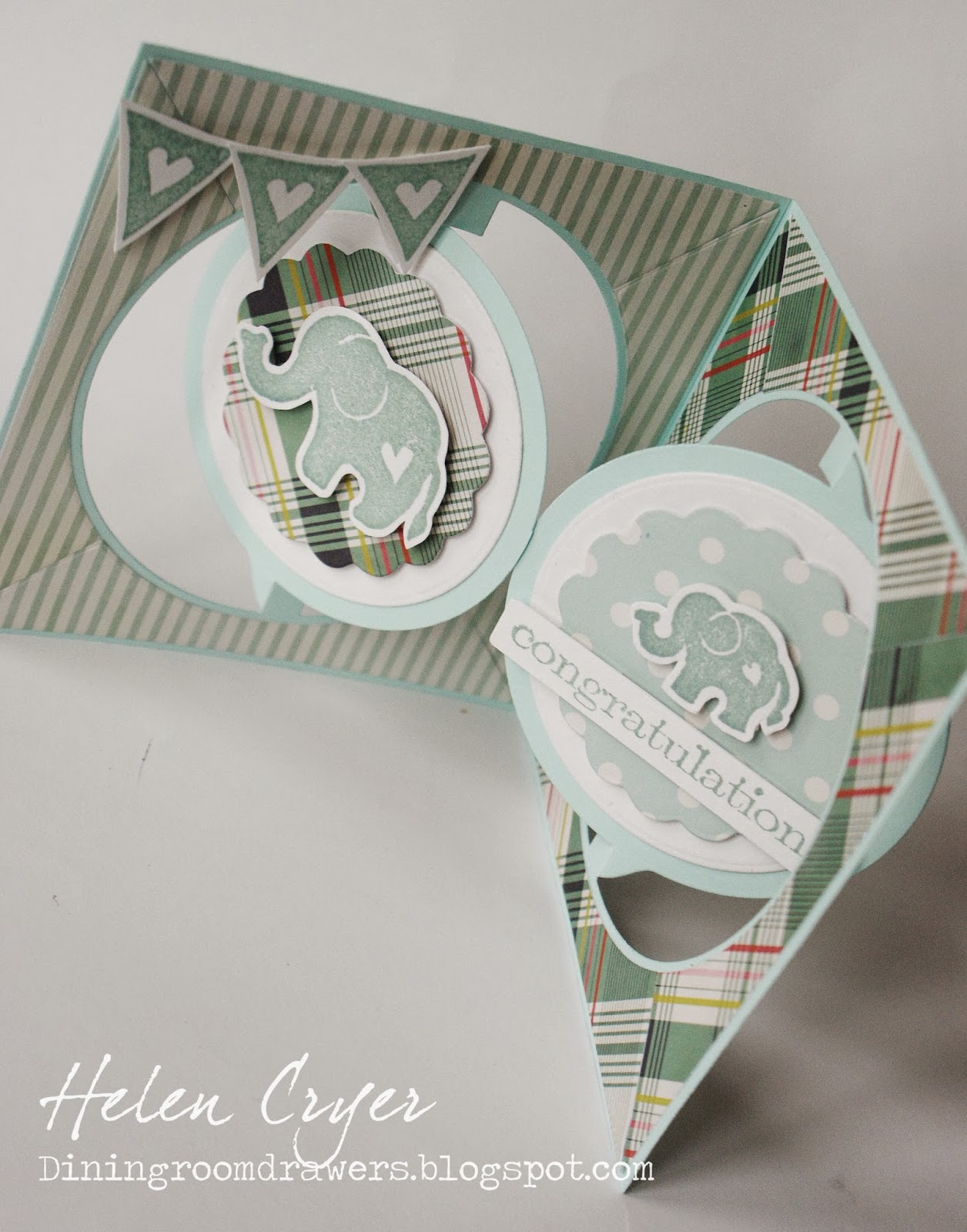 I also did a bit of doodling last night - wanting to play a bit more with my new stamps. (I seem to be inordinately pleased with them!!)
For the writing, I used the thin end of a Stampin' Up pen, and then went back and thickened out some of the lines. 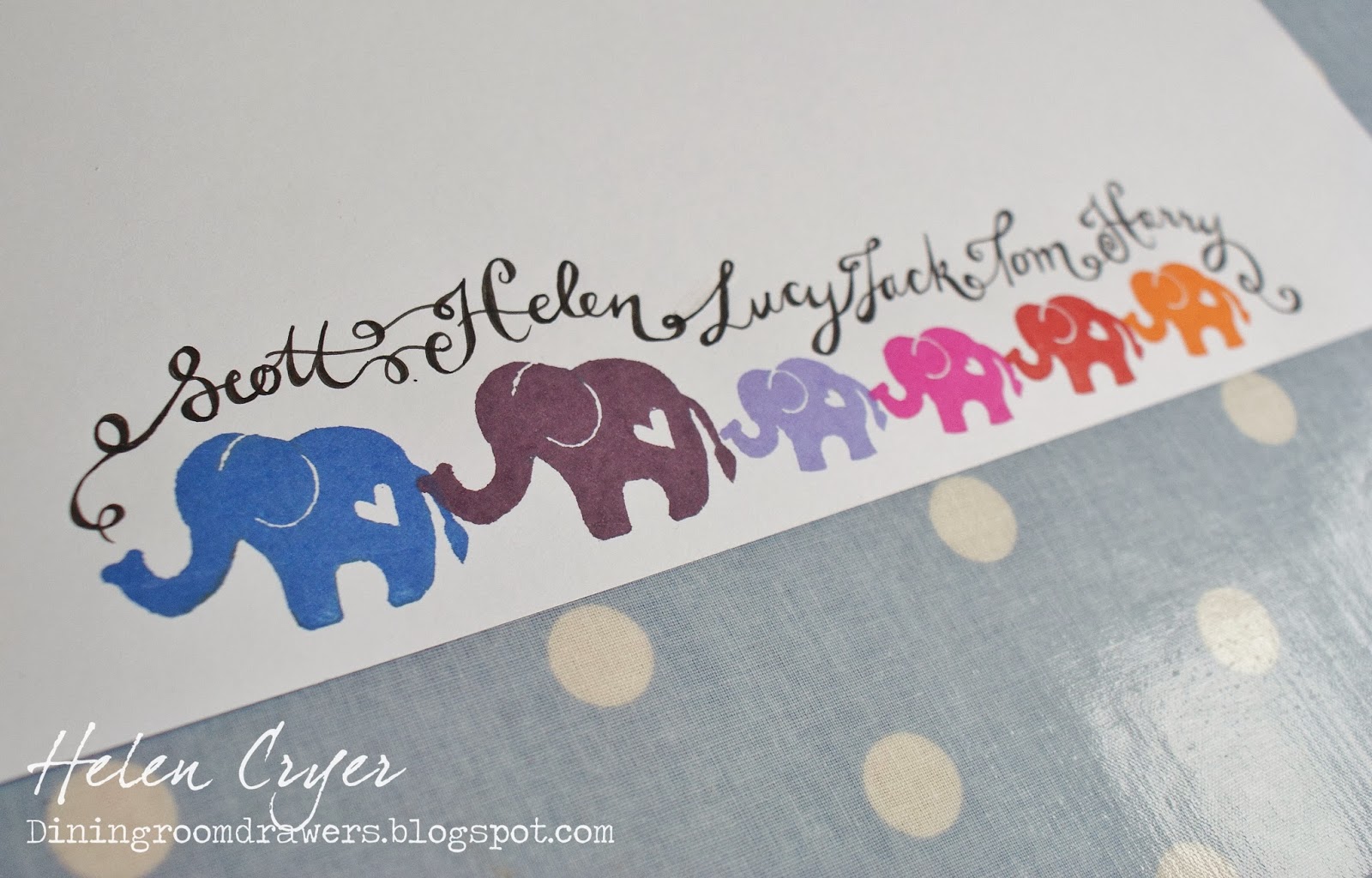 Also yesterday, my littlest, Harry, asked if he could make a stamp too - of an eagle. He is mad keen on birds at the moment. I told him go and draw me a simple picture of an eagle, and we'd give it a try. The little pencil sketch below is what he came back with a few minutes later, and I carved him his stamp. 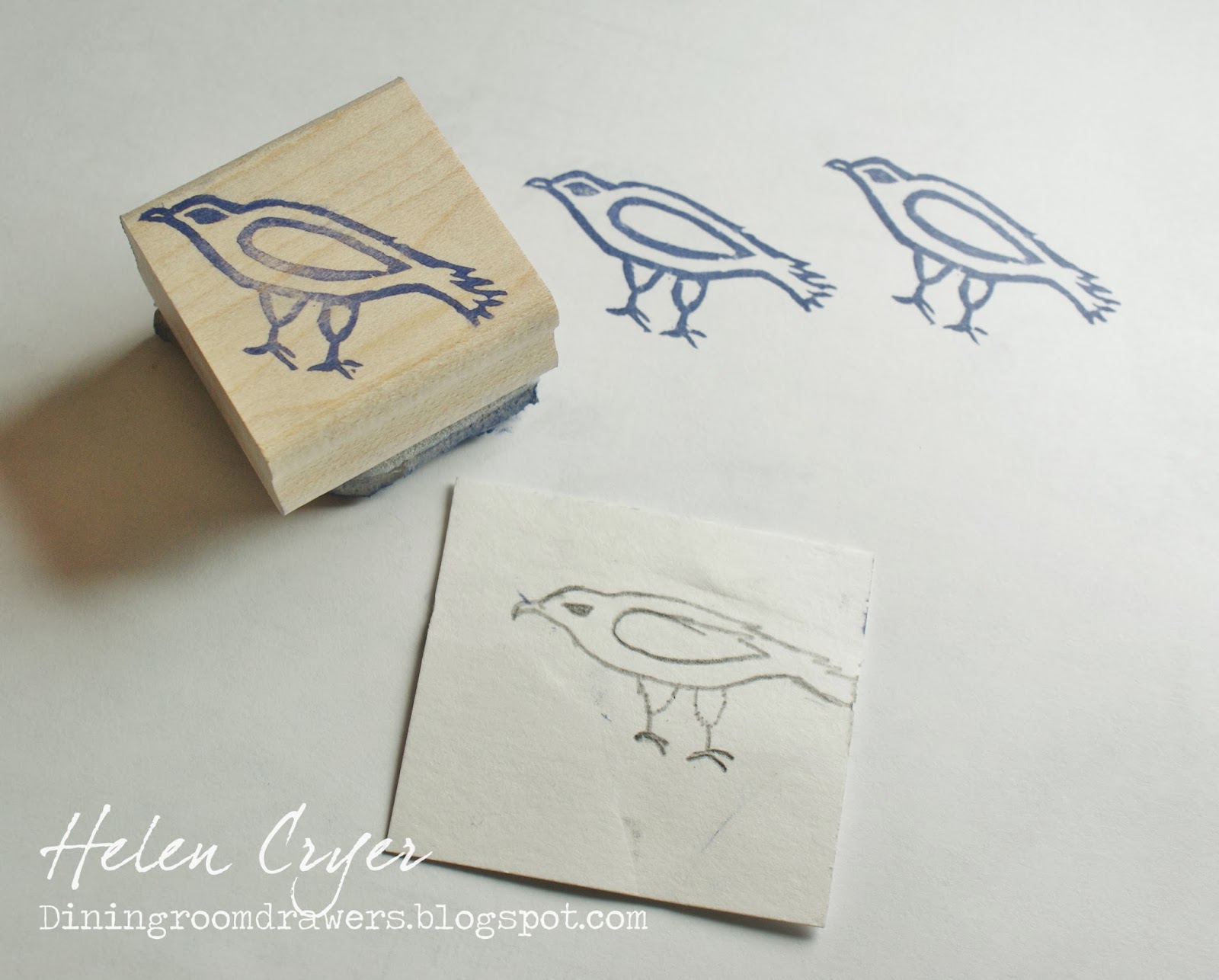 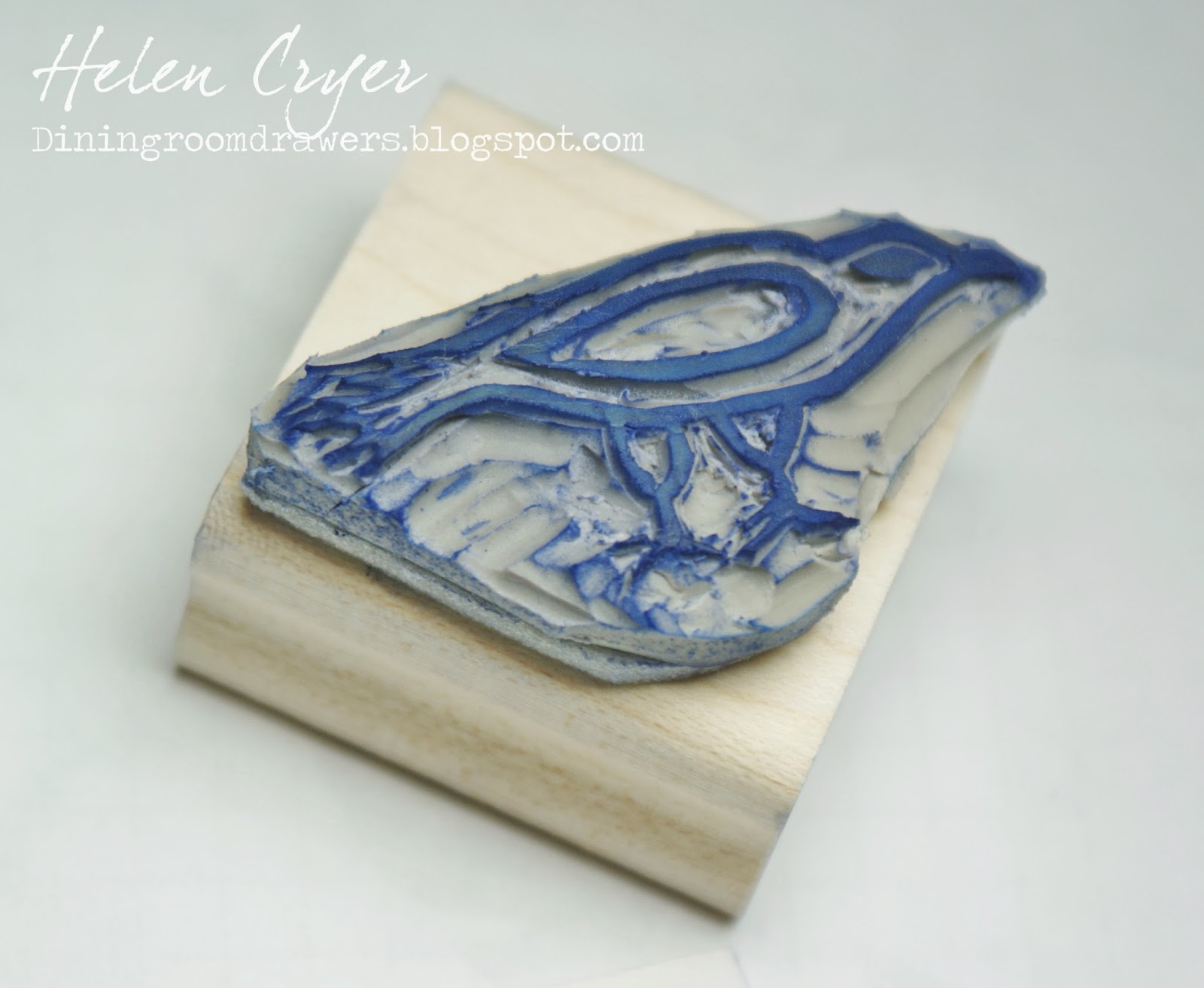 He is SO happy with it!! It's a good job I have ordered more rubber - I think we're going to need it! 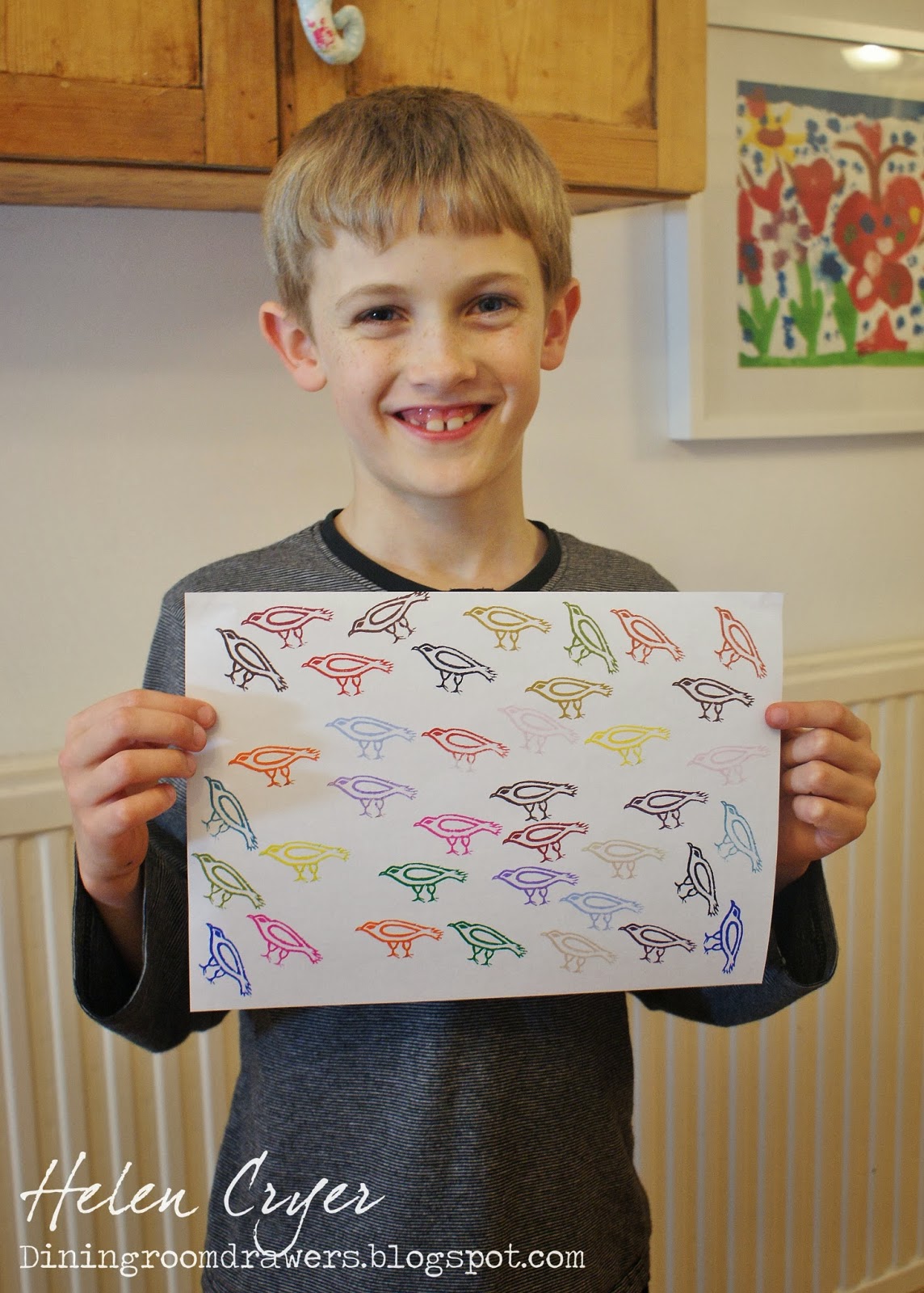