I finally got out my birthday calendar, and realised I have loads of birthdays coming up in the next few weeks. This card is for one of my little nieces, Emma.
I used a Penny Black stamp, which I coloured with Copics, cut out and added to the Sassy Label insert from Karen Burniston's fab new 'Snippets' range.
I used the insert in the A2 Pop 'n Cuts card base die. I also added an extra layer of bright pink card stock to the whole card.
The top and bottom of the inner card layer was shaped using the largest of the 'Sassy Labels and Stitched Frames' Framelits, and I added the row of stitching using the same set. The pink gingham label was also cut and given a stitching effect using the same set. 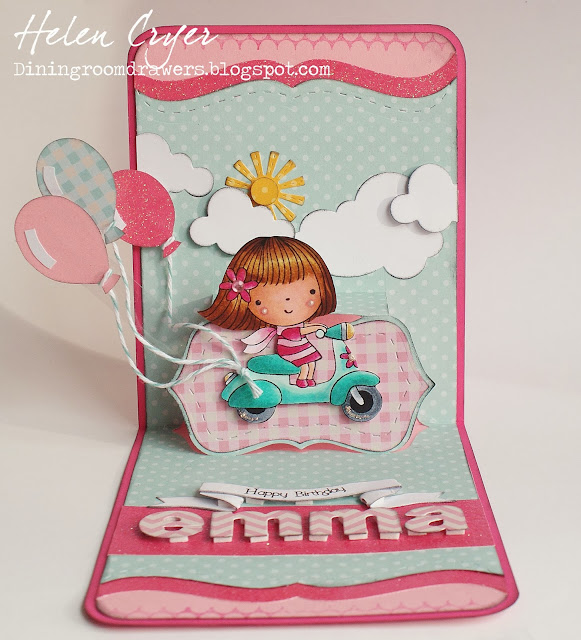 I added clouds from Papertrey Ink, and a sun from Lil' Inkers, plus various blobs of Stickles and Liquid pearls to the stamped picture. 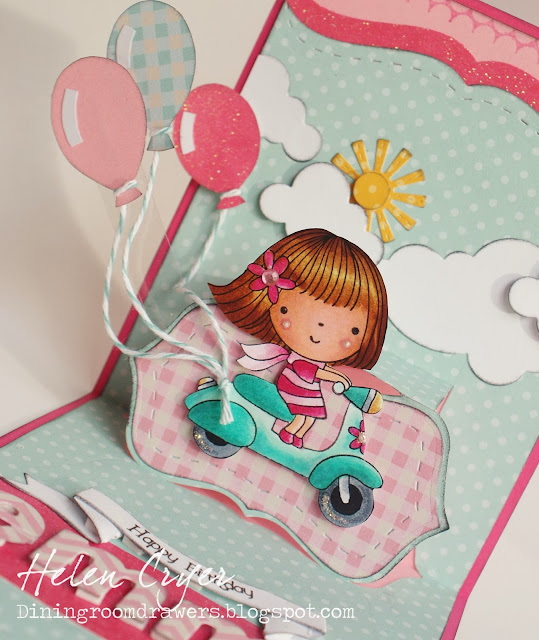 I cut the balloons by hand, and added one to the back of the card on foam pads, and the other two balloons I added by gluing them onto one end of a clear acetate strip, and gluing the other end to behind the scooter. You can see it better in the picture below. I got the idea of the transparent strip from Caz Counsell's cute Bee card, which was featured in Karen Burniston's post on the Sizzix Blog yesterday. I wanted the balloons to kind of be bobbing along behind her. 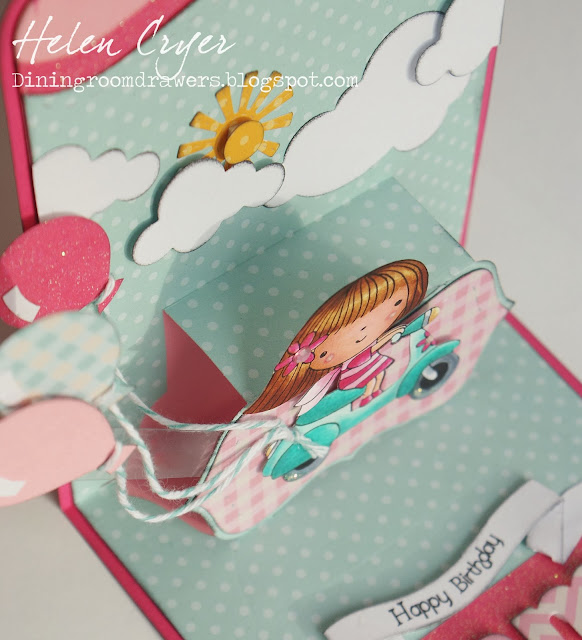 The banner and 'Happy Birthday' stamp are from Papertrey Ink, and the alphabet dies are from Die-namics.
I just inked the edges of everything, and added them with foam pads. 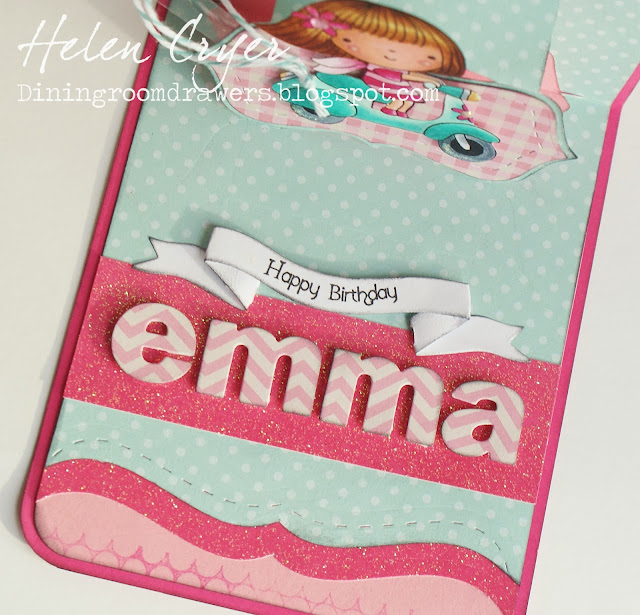