I saw this chevron card by JJ Bolton a while ago on Pinterest, and thought that I'd like to have a go at making a rainbow chevron, using a similar technique. I don't have a large chevron die, but used the zig-zag border on my Sizzix 'Borders & Hydrangeas' die. I started with a dark and a light shade of several colours of cardstock. (In retropect, my dark blue card was too dark, and stands out a bit too much on the finished pattern.) 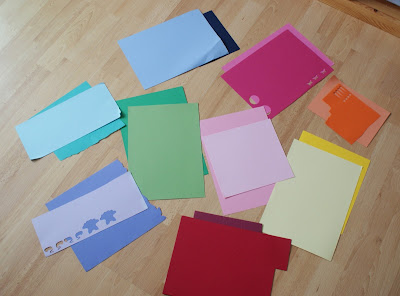 I cut out a zig-zag strip in each colour, and separated the darks from lights, (sounds like doing the laundry, but is much more fun...) and put them in rainbow order.

I then used my Scotch Tape Glider (ATG) to stick the two separate rainbows down onto white cardstock. 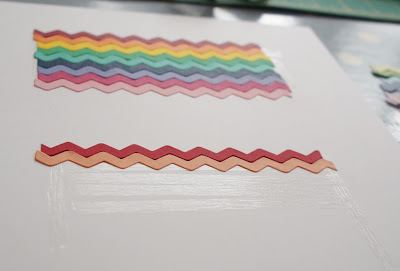 I used a guillotine to then cut the rainbows into vertical strips, and rearranged them, alternating light and dark strips. 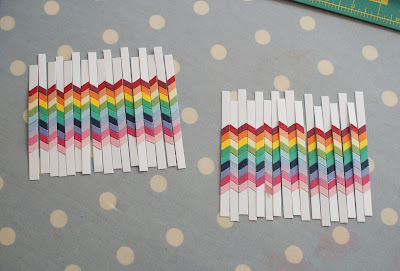 I then stuck these down into the finished pattern, 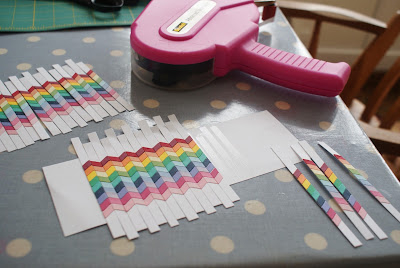 and cut around the outsides. 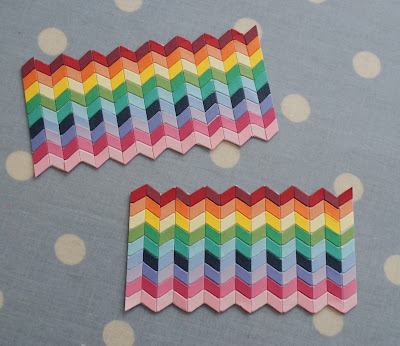 I just made the really simple card above, with the first one, adding a Melissa Frances rub-on.
I'll try and think of something a bit more creative with the second one!

Speaking of creative, I recently declared Wednesdays and Thursdays 'Screen Free' days in our house, so last night after school, the kids did some cup-cake decorating instead... 'creative' is one word to describe their efforts... ('Complete and utter devastation in the kitchen' are some other words which could also be used!)
Spot the burger cupcake, and the Salt & Vinegar crisp packet, among the designs! 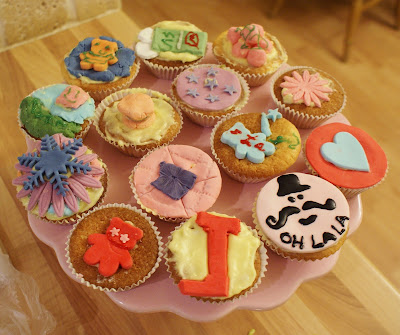 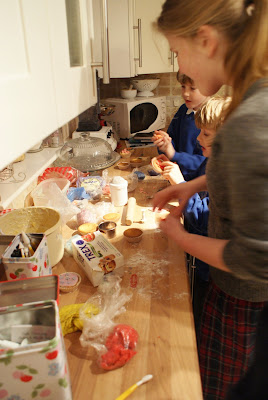